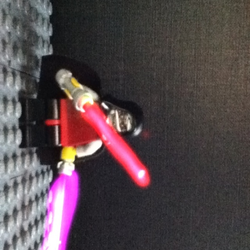 yodarox
2
Hello this is my first project. It is the sweet shop in Hogsmeade From Harry Potter. This is pretty detailed and has 2215 Bricks. It has two skylight windows and 3 Windows at the front of the building. 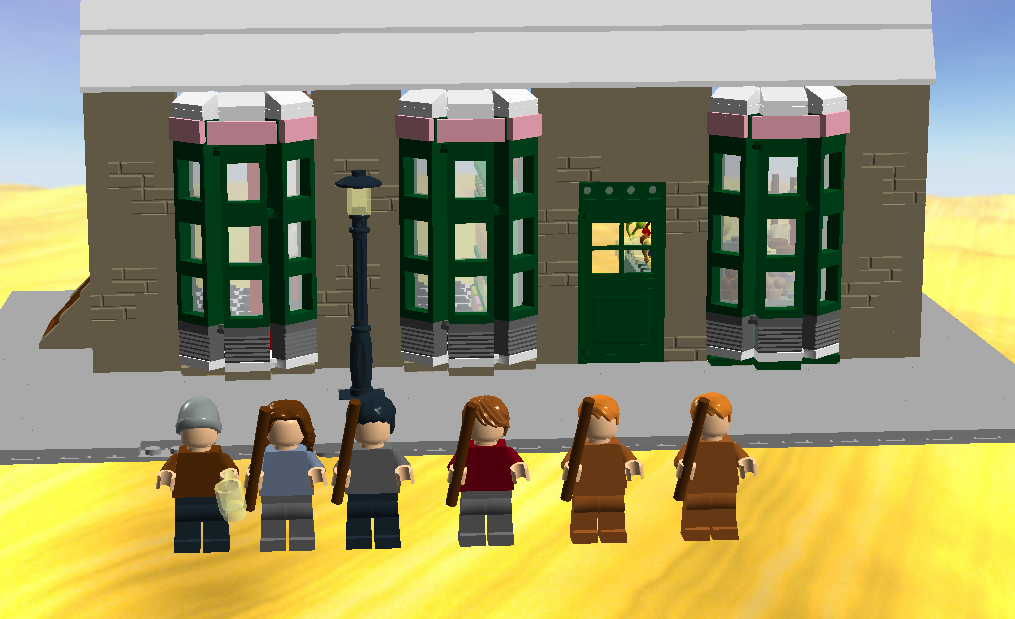 It has 5 Minifigures:
Mr.Flume With a mug of Butter Beer
Hermione Granger with a wand
Harry Potter With a wand and the Marauders Map
Ron Weasley with wand and scabbers the rat
Fred Weasley And George Weasley With Wands. 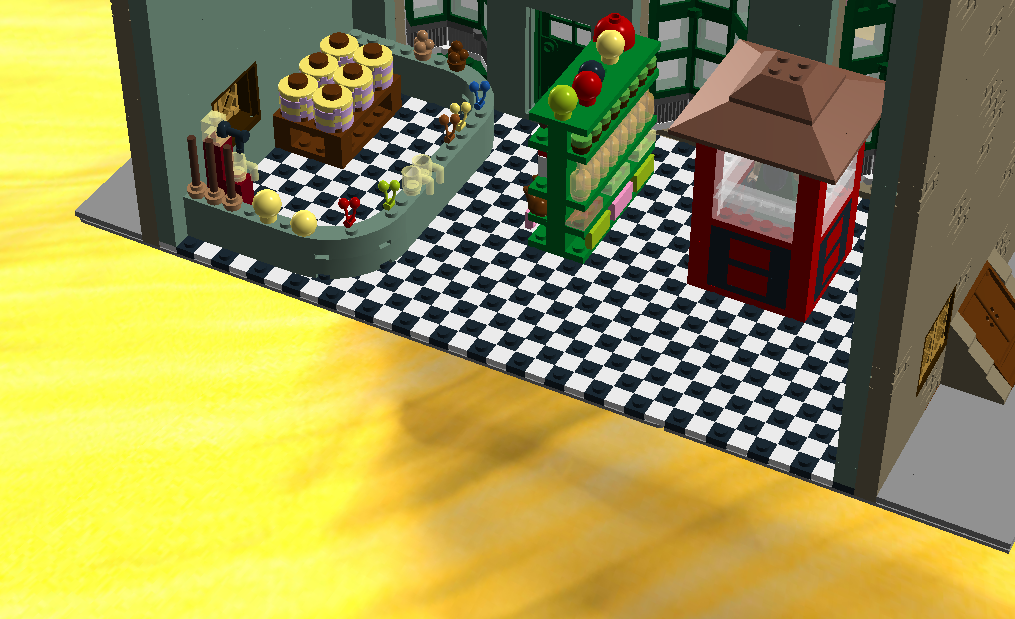 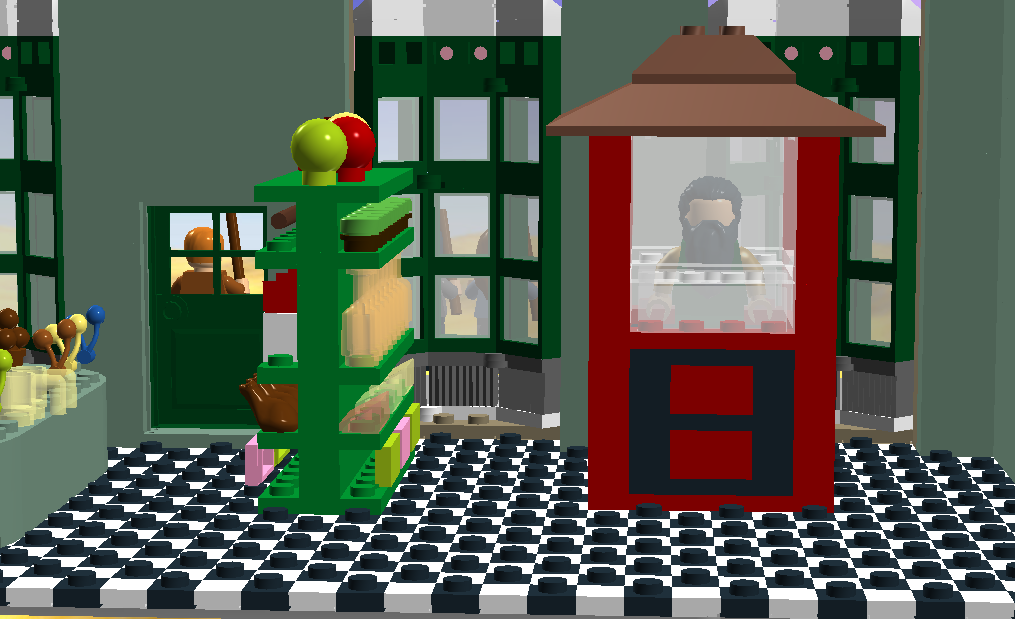 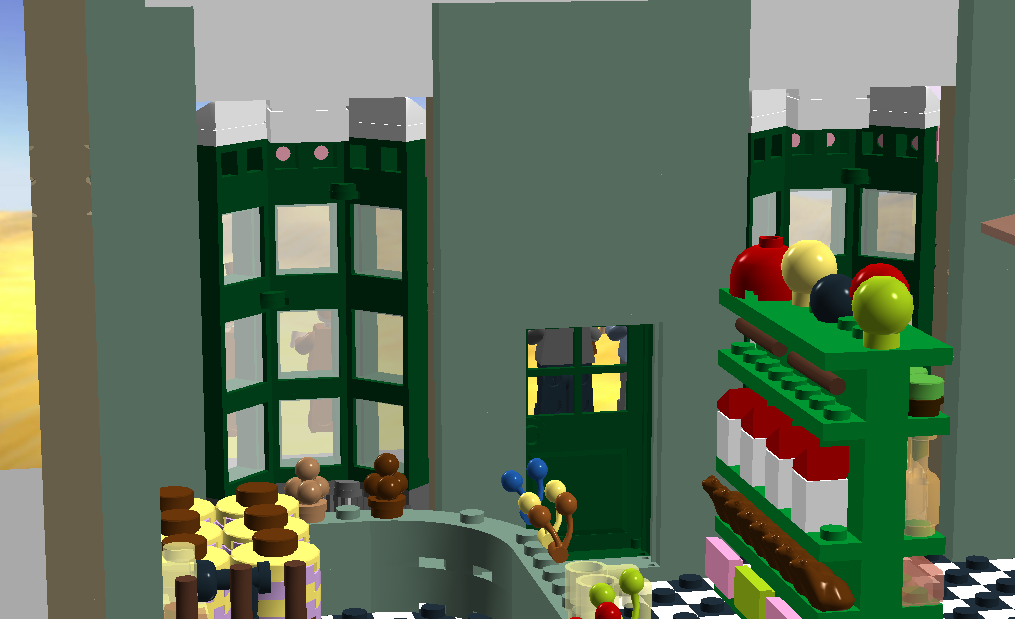