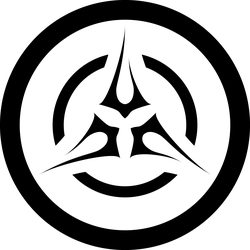 I present you my fifth Geia Titan - Anubis.  The form of this mech is inspired by the Egyptian God with a jackal head, Anubis, obviously.  Compared to other Geia Titans, Anubis is the only titan which has wheels on its feet.  There are two major wheels to travel and four minor wheels to allow Anubis to stand without any support. About its musclar legs, they get inserted with two powerful engines which make Anubis the fastest Geia Titan of all time.  Moving onto its torso, I used the grey-color gold bars to highlight its four-packs rectus abdominis muscle. (It is actually eight-packs because one gold bar represents both left and right tissues)

There comes the most challenging parts which are its Nemes headdress and jackal head. I didn't want the head to be fixed in place, so I seperated them. The Nemes headdress is built on Anubis' shoulder and the head is connected to the ball-joint. Last time, I had mentioned I was reading some instructions from Lego Marvel Super Heroes and Legend of Chima to see how The Lego Group (TLG) built wolves' head. Fenris wolf's head from 2017 Thor: Ragnarok movie is using some new pieces that are not added the Lego Digital Designer (LDD) yet, so it is pointless to use it as a reference.  Then, I found 70220 Strainor's Saber Cycle which has the perfect size for Anubis.  I re-modeled the head and used many black pieces to decorate it.

After finishing the mech itself, I were thinking about Anubis' weapons or accessories.  I looked up online and found most of the statues or drawings of Anubis is holding "Was Sceptre" which is the symbol of power or carrying "Ankh" which represents life.  Well, this Geia Titan - Anubis is more like a guardian, so "Was Sceptre" and "Ankh" are not appropriate.  I decided to use "Khopesh" which is a weapon that many people has seen before but they just don't know its actual name. (P.s. You may head to your nearest Lego store and find it in the accessories bowl of Pick-A-Minifigure.)