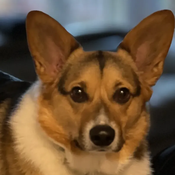 By Pixel Penguin
49 comments
Hello, Lego fans and builders alike.
I’ve come to show you a Lego Tensegrity structure, the science behind it, and why it’s so cool. A tensegrity structure is summarized in terms of a design with tension in some parts of it, making it stand up on its own. Like, for example, this Lego set. It has a Lego chain in the middle and two Lego chains on opposite ends. The two Lego chains on the opposite ends hold up the Lego chain in the middle, which has tension, which holds it up and makes the structure look like it has no gravity.
I built a Lego antigravity sculpture because I was trying to find a physics demonstration. To make something look like it has no gravity and to show my friends. Then I stumbled upon this Lego build in a digital software I used to make Lego set ideas Before I created them in real life. I thought the Lego thing I built was just a quirk of the Lego system I use. All the Lego bricks have no gravity as long as they are connected to something. Then I built it out of genuine Lego bricks then. It levitated, which impressed me. So I decided to make it into an actual Lego set.
Like with all the Lego sets that I put on Lego ideas, I want this Lego set, if it got made, to go to improvised schools. To help the students learn about STEM. This would make a great Lego set because the Tensegrity structure shows a unique physics demonstration of tension, making something look like it has no gravity.
This Lego set would also do well in the science, classroom, or technology classroom To teach students about physics and Tensegrity structures.
I choose the vibrant colors for two reasons one, so it pops out for young people to look at, To build it to learn about physics, and build it. The second reason is to make the colors like the Lego logo, so people know it’s from the Lego company.