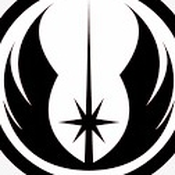 By MegaMaskedSponge
15 comments
Cowboy Bebop is one of the best action cartoons of my generation, and I love the ship designs. So I went to work building those ships. This is the result.
All 3 craft have working canopies and landing gear. The wings of the Swordfish II fold up, the gun turns, and the rear spoiler can be positioned for vectored thrust just like in the show. The Hammer Head's crane swivels, as do the engines, and capture claws unfold from under the nose. Faye's craft, the Red Tail, features folding guns. I tried to capture each ship as closely as I could with the pieces I had. The Red Tail would probably be more 'correct'  in sand blue instead of white, but I've seen both and white is what I had.
These ships are full of playable features and look great on display, making them perfect for old fans and people completely unfamiliar with the property who just want some space fighters that aren't Star Wars. It could also be done as just the Swordfish II, the most iconic of the ships, for a smaller and more budget friendly set.
I hope you like these zipcraft. Thanks for the support!