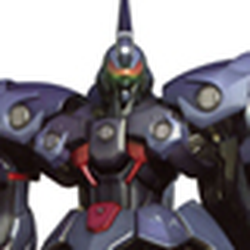 karonos
0
The Infinity Gear was created in about 80 hours total. This project was one of my childhood dreams when it came to creating custom build anime style robots.

The design is based of Xenogears. The structure and framework that was referenced when building the project was Weltall ID and Weltall 2 Gears. I combined aspects of both models into one. This allowed me to create a unique "Gear", Mecha, or humanoid Robot to my liking. With the recent update, i leaned more toward Weltall2.

The primary and secondary color used in this project is obviously black and dark grey. To accent these colors i choose a maroon red along with a light grey which I personally felt gave it a nice accent to the model. I only used touches of the maroon red and light grey around the model to avoid overdoing it.

Hope you enjoyed my project. Thanks for your support! 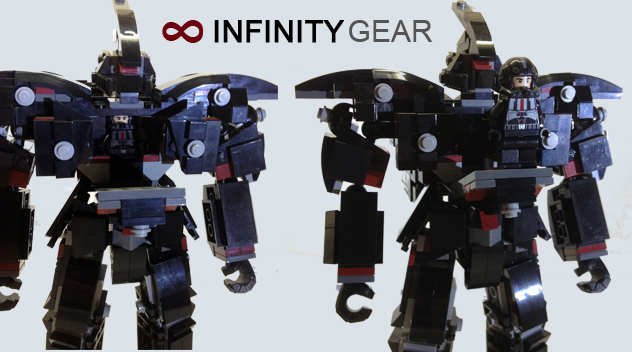 I've added a cockpit to allow Lego figures to fit inside the body of the Gear. The two chest pecks turn while the front cover folds down. 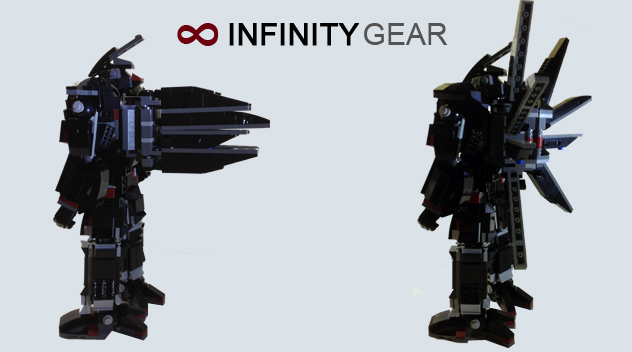 It's Wings can expand outwards and to the side to identify which mode it's in. The closed wings are considered "Normal Mode", while the expanded wings are "Infinity Mode." 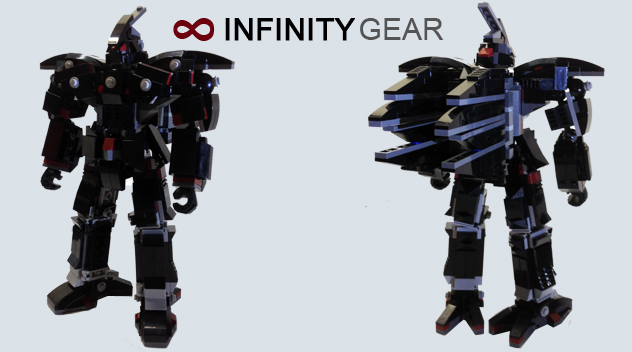 Front and back view of the Infinity Gear in Normal Mode.