Benny's space base Space Base SPACE BASE! 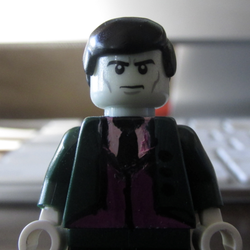 After defeating Octan benny realized that he had a problem. He owned his large and awesome spaceship but, he had no where to land it. Benny, being a master builder who has classic space on the brain, decided to make a gigantic space base on the moon. he invited all of his other classic space friends over to help him operate the large control center. Benny can do many things in his Base, including but not limited to: cooking space food, eating space food, examining planet crystals, sleeping, sending messages to other master builders from the large dish on the roof, ward off invaders with his double barreled wall mounted laser gun, look at various space objects or other planetary thing with his double vision telescope, get better from moon madness in the medical area, keep in shape on his treadmill, monitor the main entrance from the security console, play space pool (since "space checkers" are lame according to Benny's pal Batman) drive a small rover around the planet surface and he can finally land his spaceship on the huge landing platform.

The set has three floors which can all be removed along with the roof of the main entrance. The other space minifigs should have the classic space logo but LDD only has the LEGO Collectible Minifigures astronaut torso. I tried to keep the feel of Benny's space ship which I felt was Classic space gone wild. This set has a whopping 1,918 pieces and there are some fun techniques used in it. Everything is awesome when you support Benny's space base Space Base SPACE BASE!