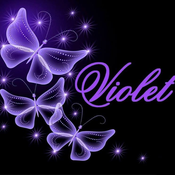 When I found Lego Digital Designer and that I could build my own ideas on it, my first thought was to create something related to my country, Portugal, and it came to me the Galo de Barcelos. I’ve tried to make it in 3D several times, but I couldn’t get it the way I wanted, so I’ve stopped the project for almost a year. When I began my Woody project, I told to myself, that’s it I’m going to make my Galo de Barcelos like this. And here it is. Not difficult to build and it will look good in any collectors collection!

It is a piece of craftsmanship, normally made in clay and painted with the portuguese traditional colours red and green, with black and gold details. Nowadays it’s also made with other materials and different motifs, and it’s also represented in other souvenirs such as towels, imans, etc.

“One of the most important medieval legends of the popular Portuguese culture originated in the Way of Pilgrimage to Santiago de Compostela, immortalized in the Lusitanian culture through the famous Rooster of Barcelos that of symbol of the Barcelos craftsmanship rose to the most important icon of identity of Portugal in the World.

The curious legend of the rooster is associated with the medieval cruise that is part of the collection of the city's Archaeological Museum.

According to this legend, the inhabitants of the borough were alarmed by a crime and, moreover, by the fact that the criminal who had committed it had not been discovered. One day a Galician appeared and became suspicious. The authorities decided to arrest him and, despite his oaths of innocence, no one believed him. No one believed that the Galician went to St. James of Compostela, in fulfilment of a promise, without being fervent devotee of the saint who, in Compostela, venerated, neither of St. Paul and of Our Lady. Therefore, he was condemned to the gallows. Before being hanged, he asked to be taken to the presence of the judge who had condemned him. Once the authorization was granted, they took him to the residence of the magistrate who, at that moment, was feasting with some friends. The Galician returned to affirm his innocence and, faced with the incredulity of those present, pointed to a rooster that was on the table, exclaiming: "It is as certain I be innocent, as it is certain that this rooster sings when I hang myself." Laughter and comments did not wait, but no one touched the rooster. But what seemed impossible became reality! When the pilgrim was being hanged, the rooster stood on the table and sang. Nobody doubted the convictions of innocence. The judge ran to the gallows and saw, with astonishment, the poor man with the rope around his neck. However, the knot also prevented the strangulation. Immediately released he was sent away in peace. After years he returned to Barcelos and raised the monument in praise of St. James and the Virgin.” (translated from “Lenda do Galo”, Câmara Municipal de Barcelos)