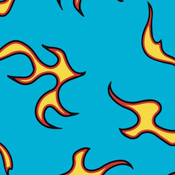 In my favorite movies, the main characters live adventures deep in the jungle. It seemed to me that there were few Lego sets that represented these entertaining scenes. This set is inspired by the action movies of the 80s that we all enjoy.

- a pack of three minifigures: two survivors in the jungle and the man who rescues them.

- two vehicles: a helicopter and an off-road car (both with triggers).

Objects to interact with:
- A rope hanging from the tree with which you can, for example, grab vehicles with the hook that is attached to its end.

- A bridge that takes the characters from one cabin to another.

-The cabins are interactive. They can be opened and, inside, there are various objects such as tables, boxes, cups, maps, etc.

- A cage where you can hold the characters.

Development of the project:

I had to watch many scenes from different movies set in the jungle to be able to view my project from different perspectives. Once I had a clear model of what I wanted to represent, I got down to work.

It took me about six months to build a model that fit what I had in my mind.
Then came the mos exciting and, at the same time, complicated part of the project: getting to choose the appropriate minifigures and the necessary pieces to make them. Luckily I had most of them, but some others I didn’t, so I had to buy them.
Waiting for all the pieces to arrive was stressful because some of them took more than two months. Until I got all the characters assembled, a year passed.
When I considered that the set represented well my initial idea, I begun to photograph it.
Although many pictures were discarded, I ended up managing to create a set of photographs that could catch people's attention and, at the same time, show the possibilities of the set.
Finally, it was time to present it.
This set has taken me time, effort, and a bit of stress, but mainly I had fun. Having come this far is really satisfying.
Please, if you like the content of the set, I would love it if you could support it. You would help me fulfill my dream of creating my own official set.
Thank you