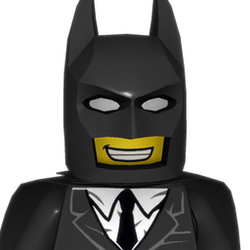 Berdy
7
My creation is a robot that can go  robot mode to station mode and it is a robot with blasters on its hands and nitro blasters on its shoulders and it can hold a minifigure.it also has clear yellow clear pieces to indicate blasters and it has a a station that has a Minifigures with a light on its chest and has no face and it comes with a stud shooter and it's torso is a astronaut torso. The station is a platform that has a barrel with a piece in it and there are places on it that you can but the robot on and when you want to put it in station mode there is two studs that it connects to.
I built it because my other ideas that I sent didn't go so well and I just wanted to build something simple that you can build very easy and I wanted to build it because I think people who will see it will like the look that it has and the color scheme of it.
I think this will make a great set because it is simple and it has a robot them and future theme. Also I think it will make a great set because people who will get it will have an easy way to display it because of its station mode and it can make a great you to play with and people can put it with other sets that have a robot theme. I hope this gets approved
7