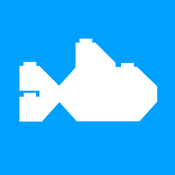 By Fish Bricks
76 comments
“Water. Earth. Fire. Air. Long ago, the four nations lived together in harmony. Then everything changed when the Fire Nation attacked..."

What is this Project about?
This Project is a proposal to create a LEGO Set based on a collection of Minifigures and a Brick-version of the Spirit Oasis from the first season final (Book 1: Water | The Siege of the North) of the animated TV series "Avatar: The Last Airbender" by Nickelodeon. If you're a fan of the show and you like my like my idea please support this project. All you need to is press the blue support button and create a free LEGO Account if necessary. And don't forget to share this project with every ATLA Fan you know.

What is Avatar: The Last Airbender?
Avatar: The Last Airbender is an animated TV series that aired for three seasons on Nickelodeon from 2005 to 2008. It was created by Michael Dante DiMartino and Bryan Konietzko.
Avatar takes place in a world home to humans, hybrid animals, and spirits. Human civilization is divided into four nations: The Water Tribes, the Earth Kingdom, the Fire Nation and the Air Nomads. Each nation has a distinct society, wherein people known as benders have the ability to control the element of their nation using the physical motions of martial arts.
The series follows the adventures of the protagonist Avatar Aang, the master of all four elements and his friends, who must bring peace and unity to the world by ending the Fire Lord's war against the other three nations.
What is the Spirit Oasis?
The Spirit Oasis is a lush garden and pond located in a cove deep within the Northern Water Tribe's capital city at the North Pole. Although the landscape surrounding the pond is perpetually frozen, the Spirit Oasis itself is warm, verdant, and inviting. It is the most peaceful and spiritual place in all of the Northern Water Tribe.
Near the beginning of time, Tui and La, the Moon and Ocean Spirits, crossed over from the Spirit World to the mortal world. They created the Spirit Oasis and assumed the form of two koi fish swimming in the pond, circling each other in a continual dance of push and pull.
Minifigures & Items
The set includes 8 Minifigures based on the characters from the series: