The Bowmen Guild and Thy Flying Chicken 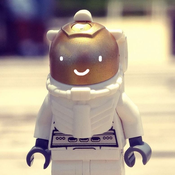 By Thealux
17 comments
An adventure awaits!
As the old kingdoms went into war and forced many out of their homes some have decided to form a new guild and set sail for a new adventure! Led by Sir Joe many mercenaries, merchants have joined on a long journey down the river, through the sea, down the river again and some lakes and more rivers and so on... till they have reached a new tropical paradise! Setting up a simple outpost to resupply and rest they have now started to explore a new area. With many having a somewhat bandit history they all agree to use bow and arrow as their main tools and symbol. On their journey they have met a little girl. A self proclaimed princess with a magical flying chicken. Only the girl can understand her and talks about a treasure. That treasure is a magical egg? What will hatch out of it and will they ever find it?
Danger ahead! Sharks ,alligators ,venomous insects everywhere they venture. Other lost knights might pose a danger or could join and help with the mission.
Includes 6 New Minifigures all with new exclusive torso prints!
Bowmen: Sir Joe, Swordsman, Archer, Knight, Princess Aki
Other: Lost Ben (falcon knight)
& 5 Bowmen printed shields (4x oval) 1x (triangular) - mounted on the ship
Set contains:
The Flying Chicken (main ship)
38 x 26 x 14 cm ( L x H x W ). There are not many castle ships out there and instead of a castle I have focused on something that has nice playability, looks great, is not too big or small and can have it´s own unique story and a is a new non existing faction. The ship alone has about 540 pieces. And should also have a sail in yellow colour with black cross inside and the bird symbol in the centre but I need to figure out how to make it in designer :) I will update it when I figure it out. or if not I just post a standalone picture of the sail. The ship has a secret storage room under the back section and comes with Bowmen printed Flags.
Outpost
A simple building standing in the swamp or near water. Has a table, few supplies, secret storage a lookout and a balcony for fishing. Looks great requires only about 200 pieces to build and add a lot of playability to the set. The outpost comes with a plate on the bottom and is removed in some pictures but it definitely must have a plate for stability :)
Raft of Lost Ben
Basic raft made out of bamboo to survive till help arrives!
Additional content
The set also includes lots of tools like fishing poles, gold coins, bottles, bags, containers, spyglass, compass, paddles and other accessories. Cancer, rat/mouse, crab, shark/alligator, parrot, chicken, sea star, monkey
The whole set is about 822 pieces and should be affordable for the majority of customers and big enough to be a complete standalone product that can expand the existing LEGO themes and connect to their existing stories. I love designing this set and as much as I would love to make it huge I had set a target that I don´t want to produce a set that will be unreachable for many castle fans.
I also tried to be true to LEGO official sets and also don´t "overdo" with tiles to cover studs etc. And off-course to limit the piece count! In the end I want it to be really affordable, playable and easy to build. No weak points and illegal connections and no falling off pieces too! :) maybe just a drunken knight might fall in the water after too much ale! :)

All of these designs are my original content and builds except the little falcon logo on a customized falcon knight torso. I wanted to connect to an existing castle storyline. For the sake of copyrights that can be removed if necessary and replaced with a "generic" knight. But I assume the Falcon logo is a LEGO original design =)
I wish LEGO will finally revive a castle storyline or choose a castle set for Ideas and well .. may it be this one :). If you like my design please share it and support it.
I am still working on the ship design (sails and the holders) so you can post your suggestions but basically I wanted to include an rolled sail but that is not really possible in studio. I will add a picture I have also built the first prototype of the boat which is a bit smaller and different from the final submission. Thank you all ♥