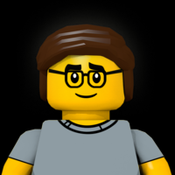 In a land controlled by the dictator Baron Sasquatch, one lady by the name of Kirin aims to put an end to this dictatorship and create a peaceful society by sending around the globe a message of peace and prosperity to get people to rise up against him. Sasquatch and his team sent glider drones to the last location she was seen, at an old, broken down shop. He glided in himself on his jet glider to check the area for any proof she was still here. Little did he know her base was right underneath him with the power cylinder being disguised in the vending machine. Kirin was and engineer for a while. collecting bits and bobs to create her computer to release the signal. Will she be found that is up to you?