Since 1999 the STAR WARS license has given us sets based on several scenes and ships from the saga. With lots of products released, almost every moment from the original trilogy can be recreated with LEGO bricks.
But there are still too many scenes from the prequel trilogy that have not been translated into LEGO sets. The Clone Wars series has helped to the release (and re-release) of some vehicles, but there is still too much work to do.
My idea is to create a set based on the General Grievous’ flagship, The Invisible Hand.
There are already some examples of capital ships made in LEGO sets:
-6211 Imperial Star Destroyer
-7665 Republic Cruiser
-8039 Venator-Class Republic Attack Cruiser
-10198 Tantive IV
-7964 Republic Frigate
-10221 Super Star Destroyer
-9515 Malevolence
Like the sets showed above, the Invisible Hand would be a big set that recreates the exterior appearance of the craft, featuring playable interior for the minifigures.

The separatist’ fleet have a minor amount of LEGO sets than the republic in the Clone Wars series, but this ship can equilibrate this disadvantage. 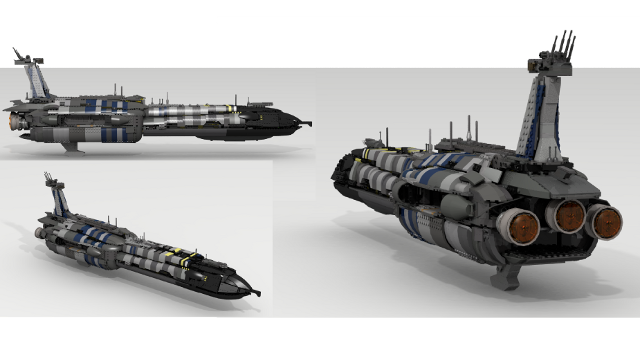 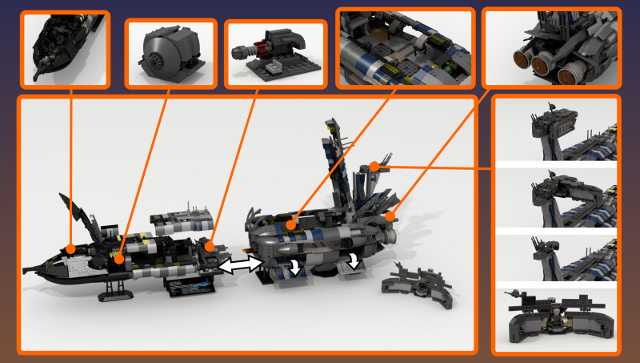 Also, following the idea of the set 10188 Death Star, the playable interior contains each moment showed in the film.
-The ceiling can be lifted to reveal the hangar.
-Ship’s hangar includes sliding doors, cranes, two storage rooms and elevator’s entrance.
-The communications pod can be taken apart to display the room where Palpatine is imprisoned.
-[NEW]There’s a storage floor beneath the hangar for small vehicles like a stap.
-An elevator goes through the hangar, the storage floor, a small room behind the engines and Palpatine’s prison.
-An ejectable Flak gun
-The corridor where Obi-Wan, Anakin and Palpatine are captured.
-An escape pod.
-The front of the ship can be lifted to reveal the command bridge.
-[NEW] The Invisible Hand can split in two separate parts,
-[NEW] The ship has some retractable emergency flaps.
-[NEW] UCS sticker included. 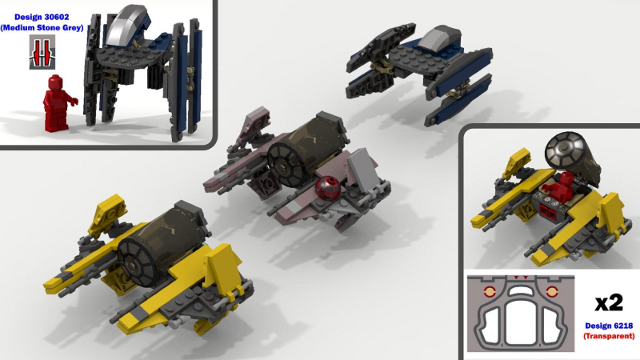 The set 10188 contained a small TIE Advanced that allowed putting a minifigure inside. Following the same, this Invisible Hand set would include the ETA-2 Actis-Class Jedi Starfighters of Anakin and Obi-Wan. There are big enough to accommodate a minifigure and enough small to fit inside the flagship’s hangar. The set would also include a Vulture Droid, which can also turn into walking configuration.

The Obi-Wan and Anakin minifigures should have alternate heads with the microphones for the starfighters.
The destroyer droid, or droideka, is nearer to the minifigure scale than the previous ones. It also can be turned in wheel configuration. 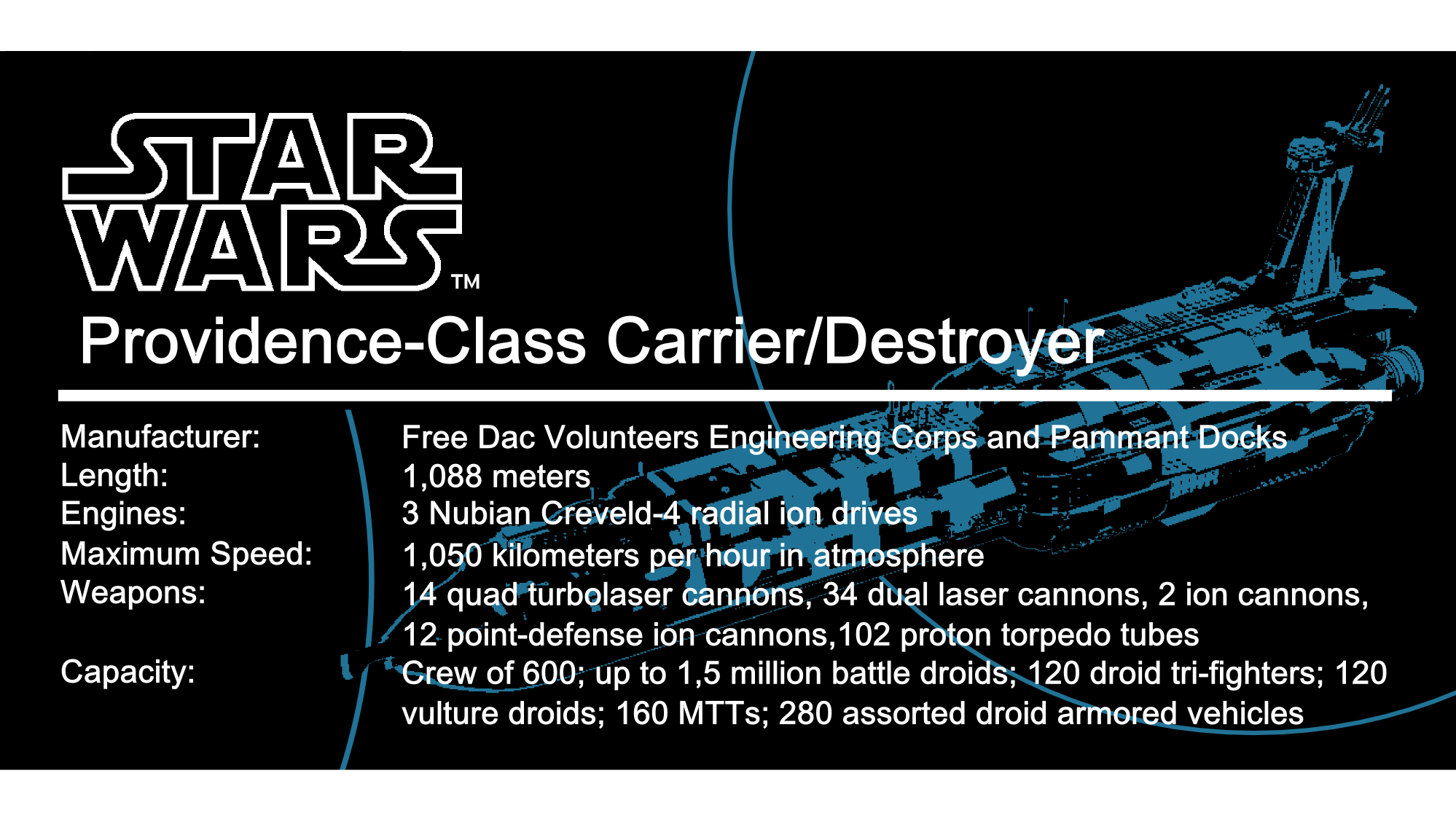 Thanks for reading, and please don’t forget to support if you like the idea.
If you also love STAR WARS, check out my Redemption - Nebulon-B escort frigate project and other projects on CUUSOO !