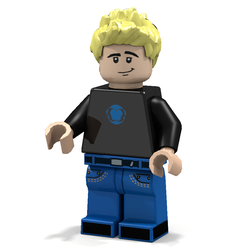 We talked about spacecrafts flying in orbit, but how do they got there in the first place?

The Soyuz Rocket
The classic launch vehicle to taxi your payload into orbit!

MAIN FACTS:
- Soyuz Rocket used for various freight and cosmonauts lifts
- Two-staged rocket with four additional boosters
- Payload-bay carries a Soyuz capsule
- Soyuz capsule is threeparted into the Orbital Module (the spherical front), the Decent Module (returns to earth) and the Instrumentation & Service Module (with the solar panels attached)
- Including cosmonaut minifigure as well (just not in the picture)

PLAYABLE FEATURES:
- Sparate the four boosters after launch
- Separate the first stage during your acent
- Separate the rescue-rocket at the top
- Separate the Soyuz spacecraft from the second stage to finally enter orbit
- Attach the Soyuz capsules to your space stations
- Play the Soyuz return fligt by separating it into it's three parts (only one part returns to earth!)