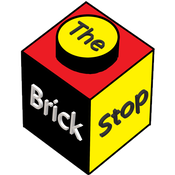 Welcome to Skelly Island, legend has it that for over 300 years, the dreaded Captain Skelly-Beard has been entombed in these caves!
Now its up to Jenny Thunder and her father (the beloved adventurer Johnny Thunder) to traverse this trap filled island in search of new treasures!

Join Jenny’s crew as they explore this deadly Island, but look out! The sinisters are back, with hired thugs and a high flying air balloon. And if things couldn’t be worse, Captain Skelly-beard could rise from his spinning coffin at any time!!!

Don’t pull the booby-trapped key, or fall off the trap bridge! Can you find the hidden map and the secret sliding ladder?

Why I built this idea.

I have always loved the Lego Adventurers sets, they are some of my all time favorites! I came up this concept when thinking about where they could all be now, and had a fun idea that maybe Johnny Thunder had a daughter who carried on the treasure hunting traditions of her dad.

Trying to come up with a location was hard, the old Johnny Thunder sets cover almost all the adventure places of the world already, so I went with a treasure island/pirate legend idea set somewhere in the tropics.

A return of this type of Lego set would be so much fun, I miss the creativity and imagination of the Adventure theme and wish we had something like it again! I hope you enjoy this as much as I did building it!