*batteries not included - The little ones

By nunki-psi
9 comments
I am happy to present you my new LEGO creation. It is based on one of my favorite childhood movies: *batteries not included! It is a 1987 family science fiction film directed by Matthew Robbins and produced by Steven Spielberg. It is about small extraterrestrial living machines that save an apartment block under threat from property development.
Things look bleak until the appearance of a pair of flying, living machines descend into one apartment that evening, repairing many of the items that were broken. The "female" Fix-It is pregnant. After consuming plenty of metal and electrical objects, it gives birth to three baby Fix-Its.

These 3 little ones are the content of my creation. I would love to see them as a LEGO set! 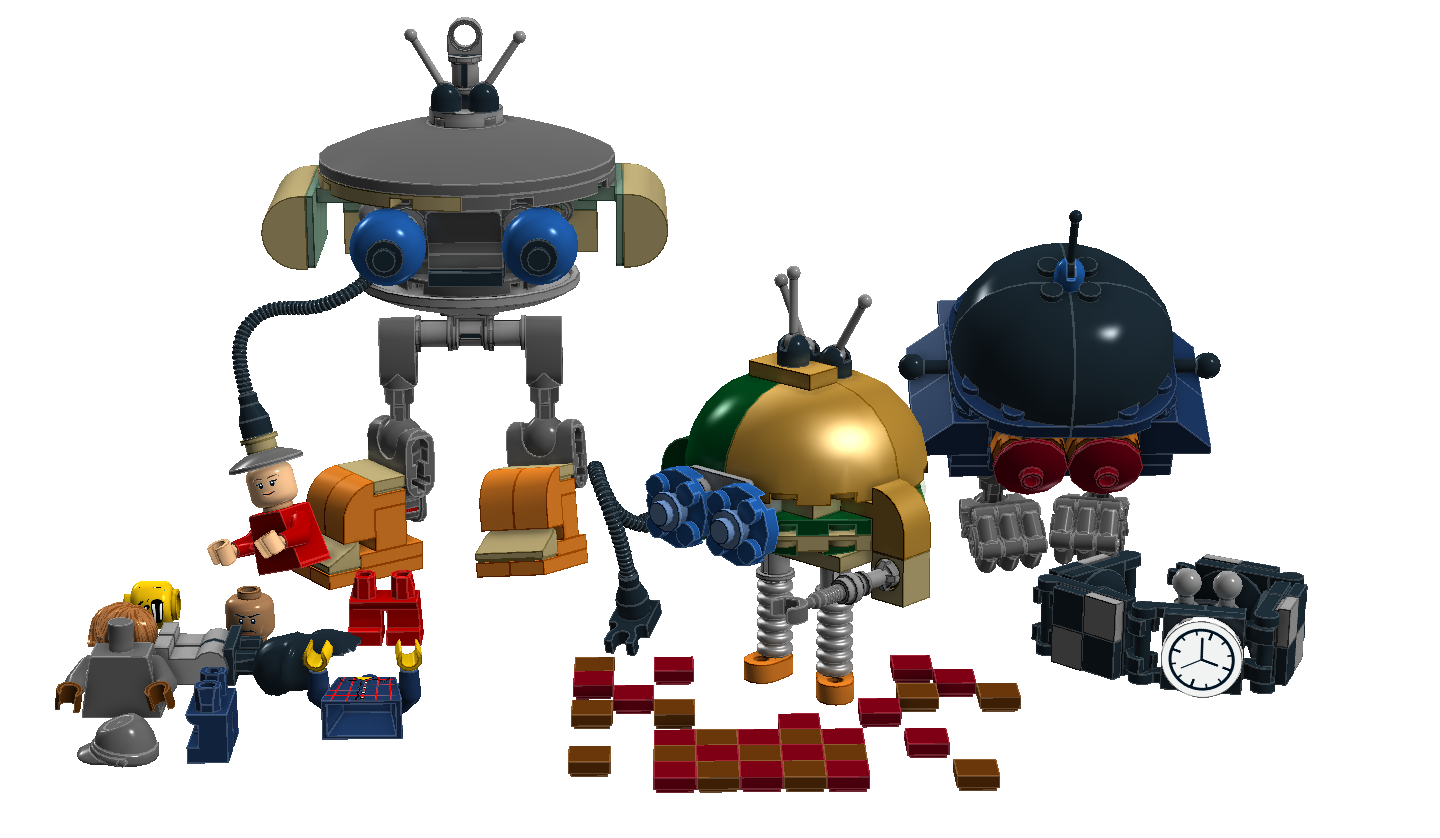 The biggest Fix-It tries to build LEGO minifigures - a little joke of mine - by the way we will get 3 minifigures! It is able to move its feet well, so you can do many poses.

The smallest Fix-It tries to repair a mosaic stone floor, this is taken from a scene out of the movie. It is able to turn around and spin his feet.

The third Fix-It is able to lean, to turn around its head and to move its feet in many ways. In my creation it has nothing to do, because the wristwatch is intact. 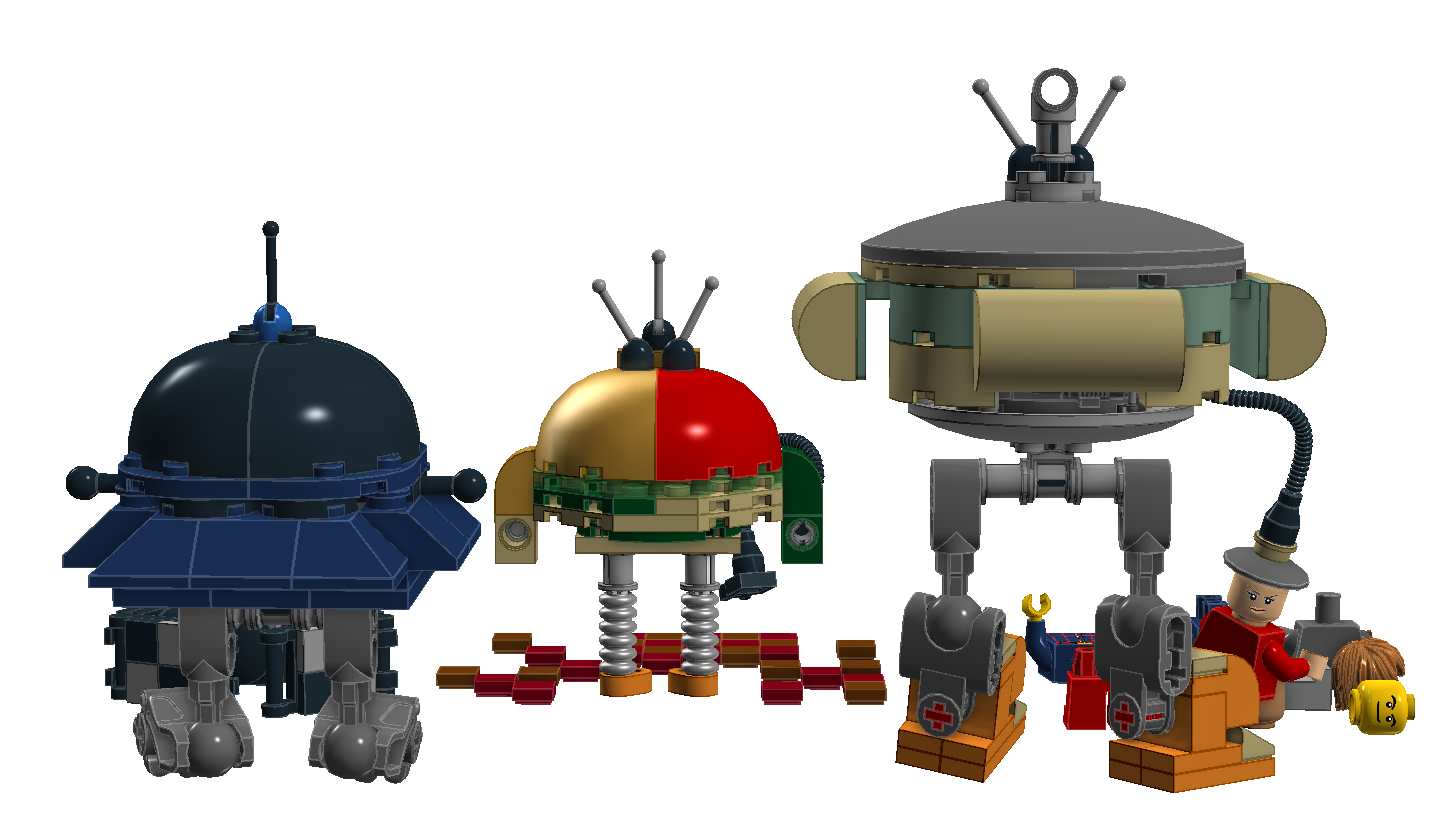 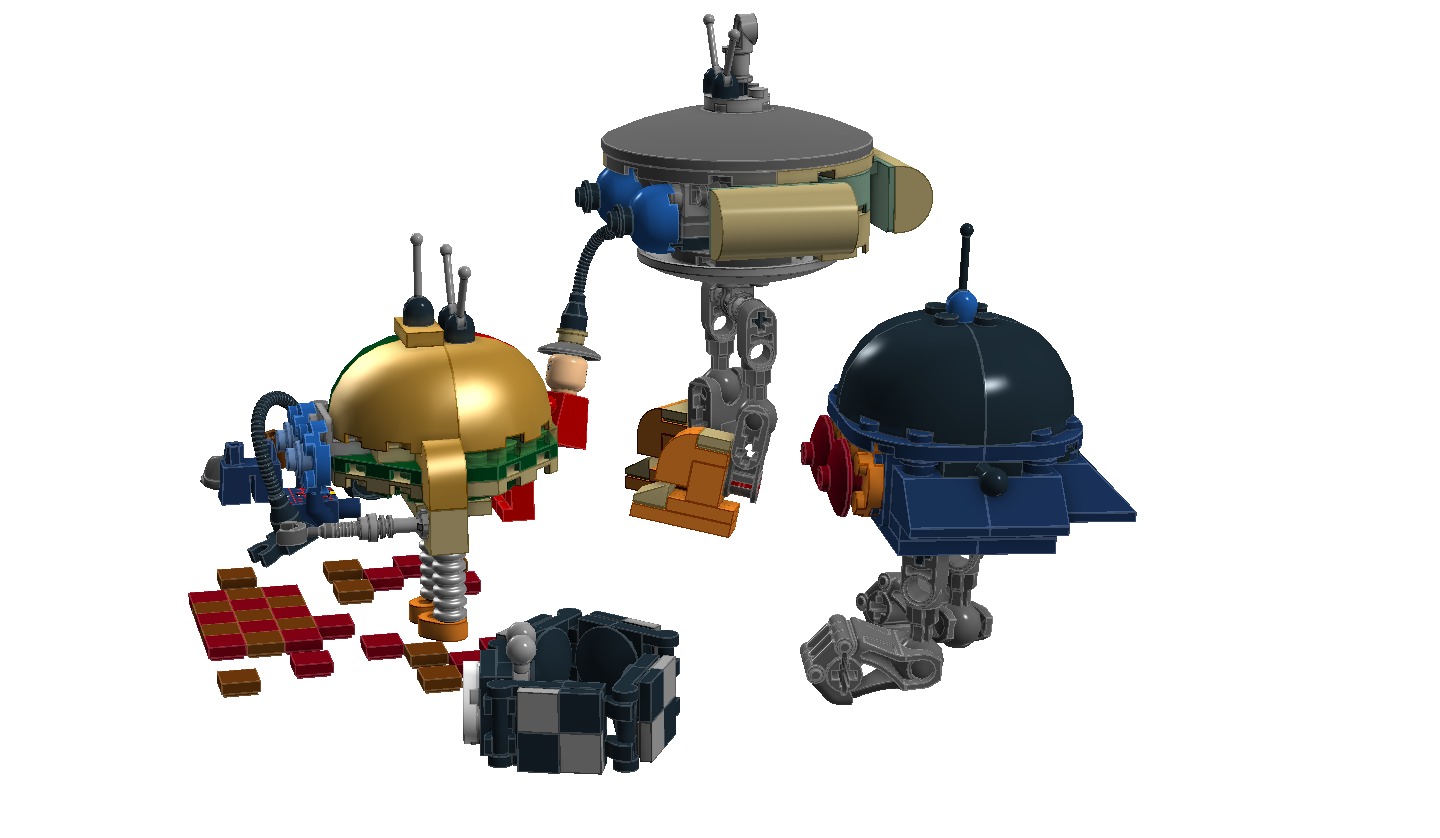 Please support this, let´s make it happen! Spread the word, post it on social networks or on LEGO fan communities. Creating an account on LEGO Cuusoo takes only a few moments, but will give you a lot of opportunities and fun! Votes will only count directly over this site.

Thanks for your interest! :-)