When I was a kid, one of my favorite TV shows was The Undersea World of Jacques Cousteau. Commander Cousteau and his crew traveled the world, aboard their research vessel Calypso. 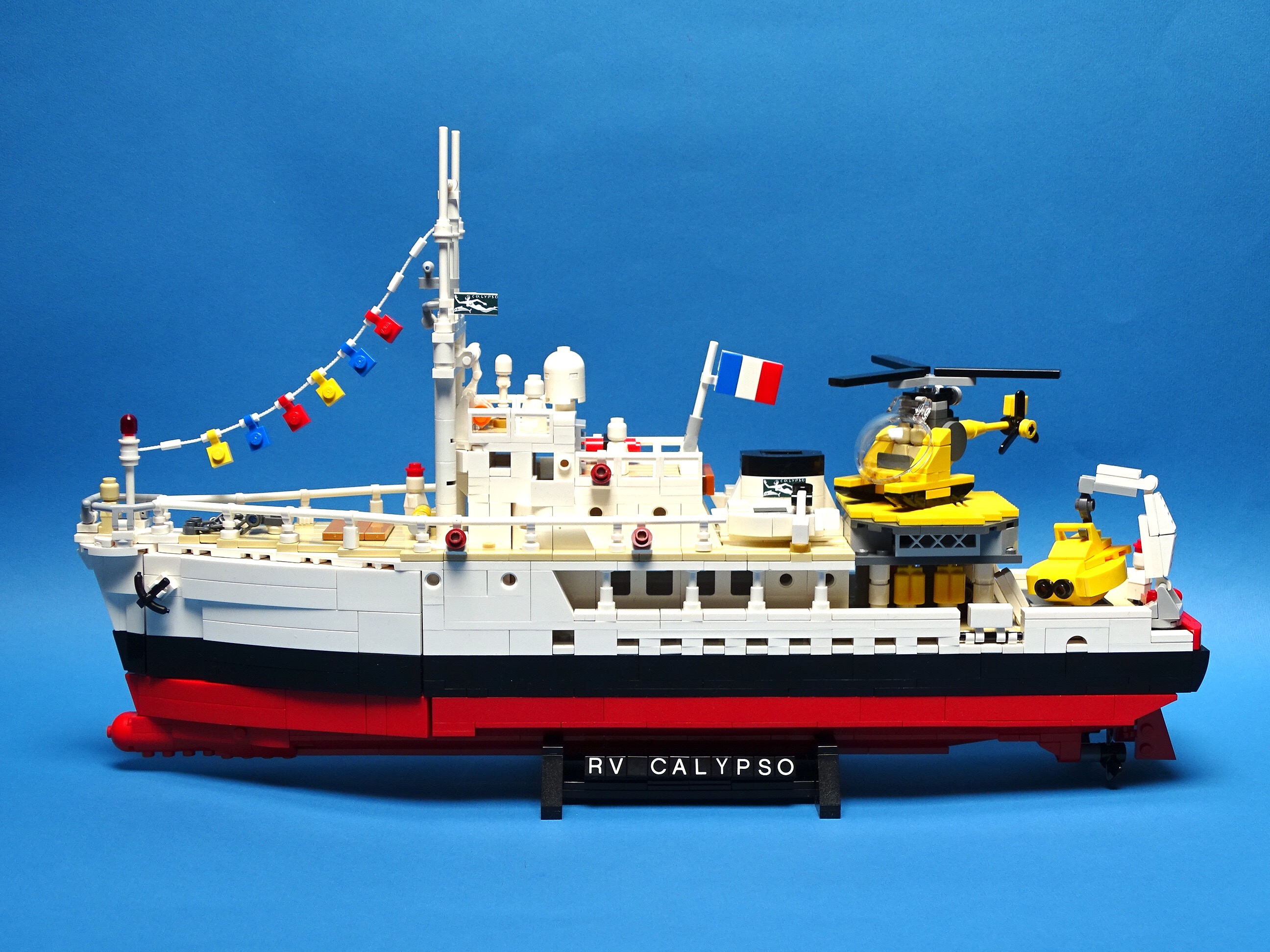 All the episodes were fascinating, and I will mention only a few of them: Sharks (Red Sea), Savage World of the Coral Jungle (Indian Ocean), Search in the Deep (sea turtles in Mozambique Channel, Africa), Whales (California), Sunken Treasure (the hunt for a sunken Spanish galeon in the Caribbean), Tragedy of the Red Salmon (Alaska), The Dragons of Galapagos (about the marine iguana), Life at the End of the World (Tierra del Fuego).

The Cousteau's documentaries on the Calypso exploration trips were plenty of original research, science, adventure and beautiful images of the places they visited and the marine species they studied. In many cases they arrived literally where no one had arrived before. Each episode had a high artistic and photographic quality. Cousteau's films and documentaries won three Academy Awards, two Emmy Awards, and the Palme d'Or at the Cannes Film Festival, among many other awards.

The Calypso was a beautiful ship, equipped with the most advanced underwater exploration and filming technology of its time, with its own Hughes light helicopter and its submarine SP-350 Denise (designed by Cousteau). Cousteau was a pioneer in the development of modern diving equipment, submarine filming and documentaries of scientific dissemination. On board the Calypso were many scientists, from different areas: marine biologists, ichthyologists, archaeologists, oceanographers. With the resources of the Calypso, Cousteau's team studied and filmed the oceans, seas, rivers, and all the living creatures that were finding. The Cousteau´s TV series and films emphasized the need to protect the oceans and seas and all the life they harbor. 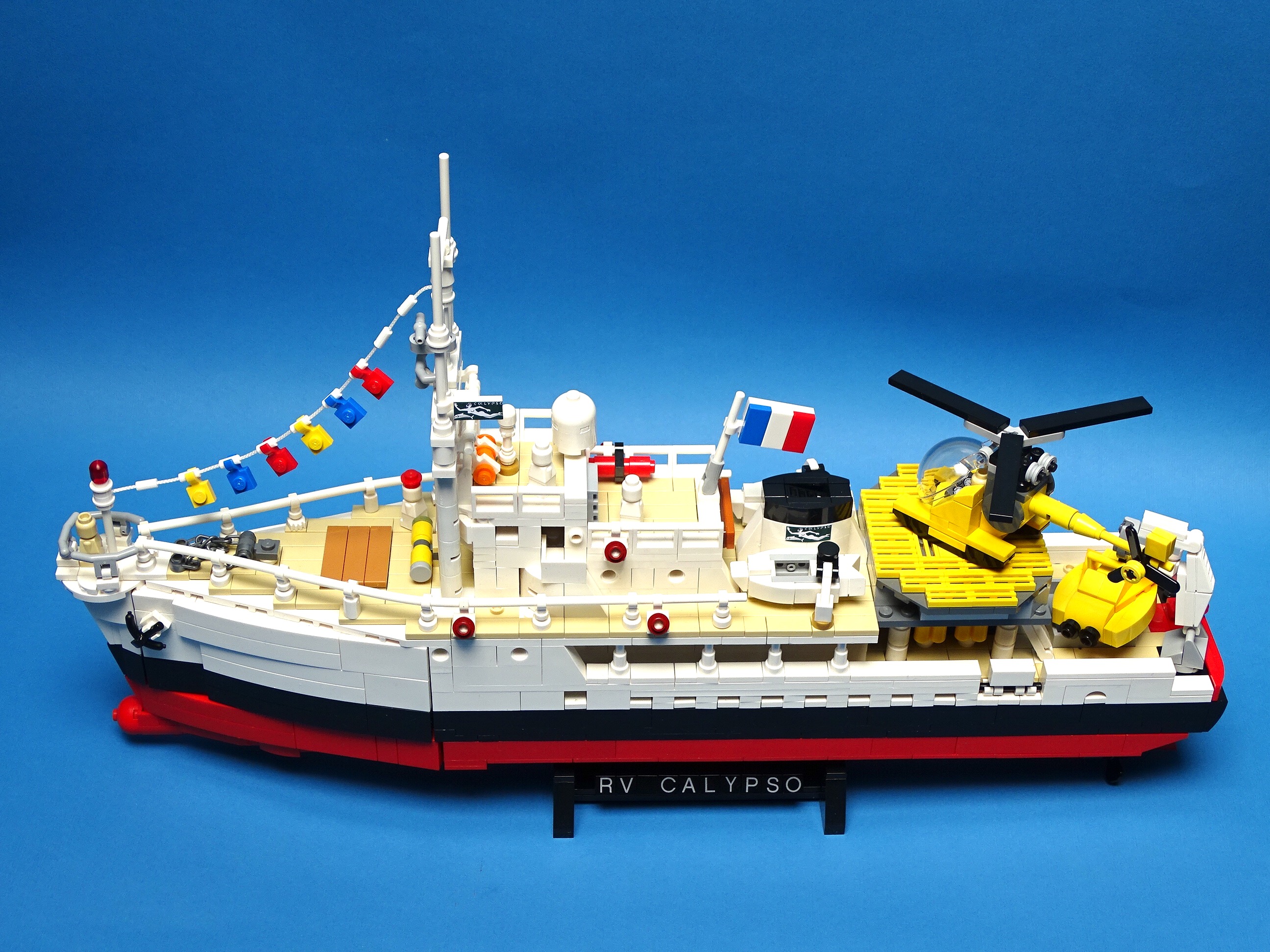 With these beautiful memories in mind I decided to build a LEGO model of Calypso. I think a 1000 piece model gives the best balance between detail and feasibility of approval in LEGO Ideas (if the project reaches 10,000 votes), so I chose the scale 1: 100. In addition this scale allows the use of microfigures, which incorporated into the model give an idea of ​​the size and proportions of the ship. Based on photos and diagrams of Calypso and seeing again on YouTube some of the episodes of the TV series, I designed and built this model, with as much detail as possible, with the light helicopter Hughes and the submarine Denise, of course.

The model can be mounted on a stand, but can also be displayed as a waterline model. 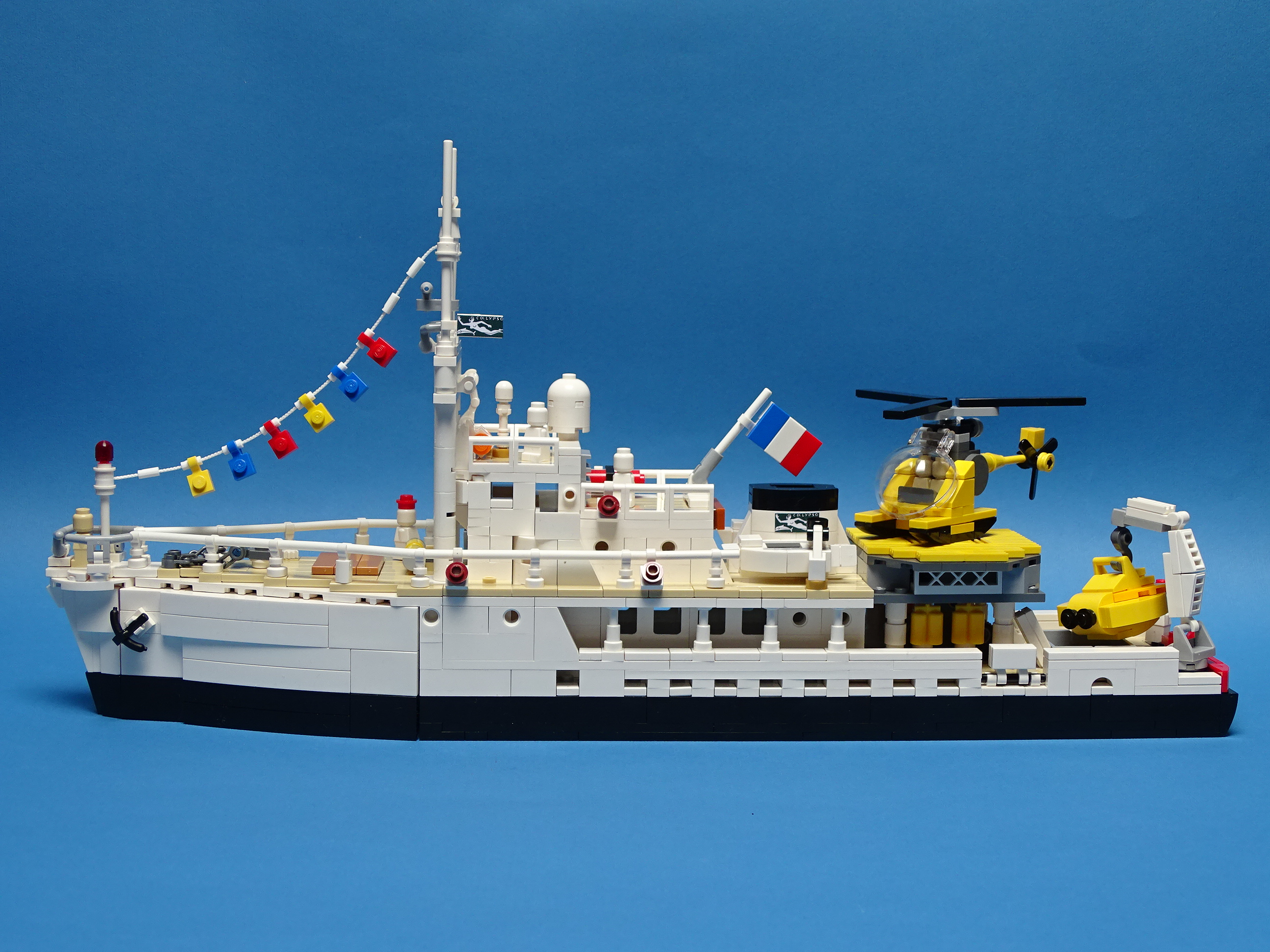 Although the model is at microfigure scale, I think that the project could not be complete without at least 3 minifigures representative of the ship's crew: Commander Jacques Coustaeu, a marine biologist (representing scientists on board) and a diver (representing the Calypso crew). 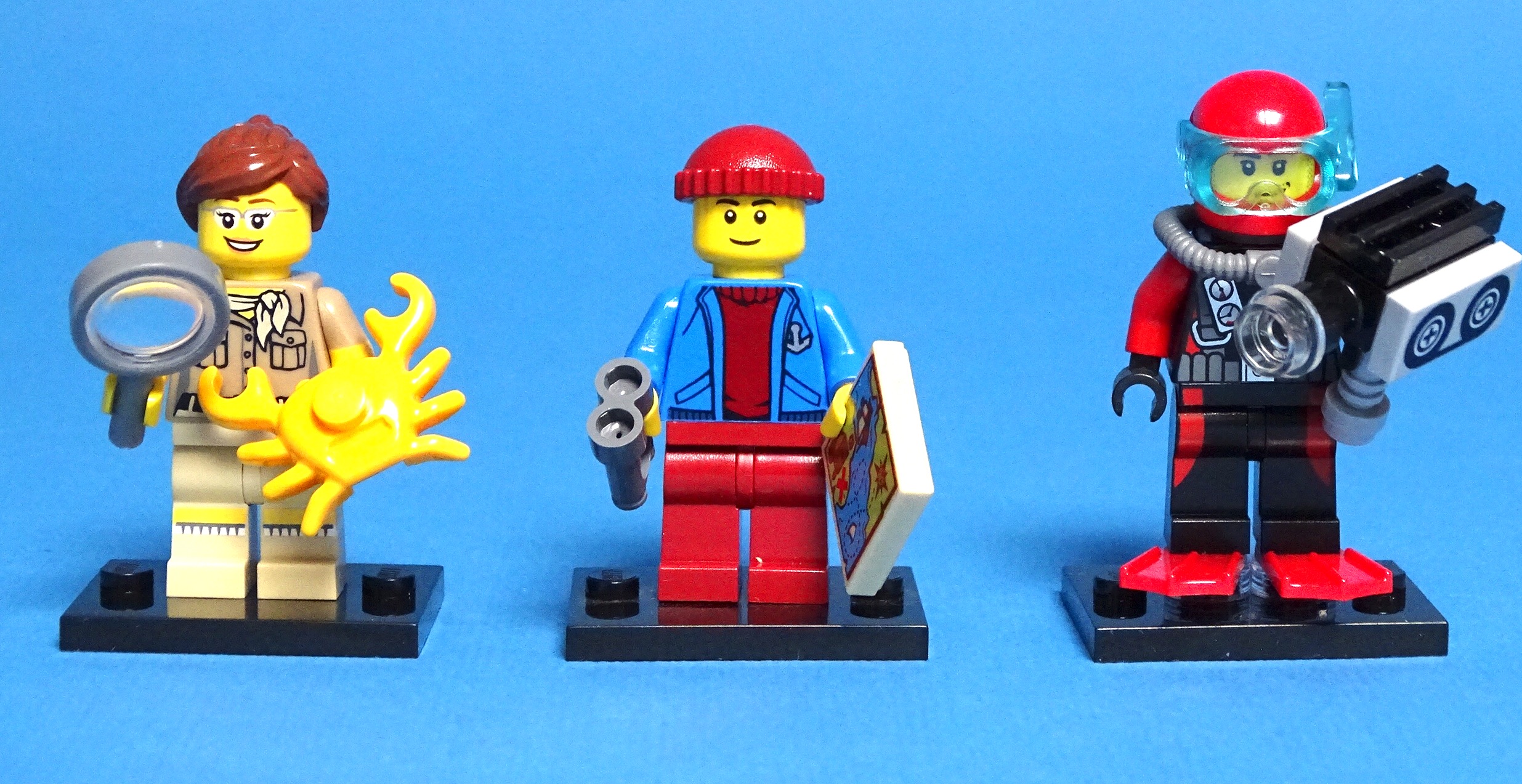 I think the Cousteau's Calypso would be an excellent offcial LEGO set. The RV Calypso is an important ship in the history of ocean exploration and science popularization. The word Calypso evokes science, adventure, the joy of discovery and the importance of the care and preservation of nature.

This project could become an official Lego set if it gathers 10,000 votes. Voting is easy, free and without any obligation, you just have to press the blue button "Support". If you do not have an account on LEGO Ideas, you must register, you will receive an email to activate your account and then you can already vote.