By Jungle Leaper
107 comments
The duel disk is dueling equipment used to play the trading card game Yu-Gi-Oh! / duel monsters as seen in the various Yu-Gi-Oh! series, manga and existing physical products.
This one has been designed with LEGO pieces and has been built around the updated rulings of the card game. Having a card/deck slot space for every existing zone field slot in the game. Which is more than any existing duel disk design. 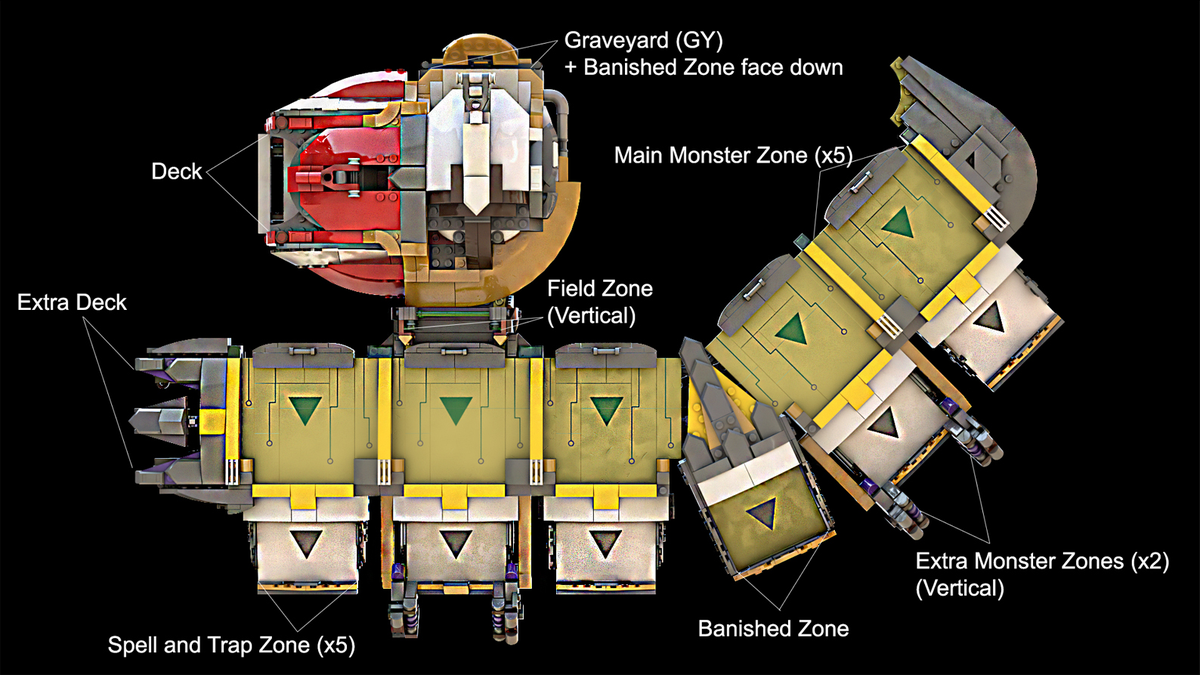 Some of the slots are built with saving as much space in mind by holdings the cards in a vertical position. Using narrow slits in their design. This includes the extra monster zones and field zone which are generally used less than regular zones.
Below: One of the Extra Monster Zones. Notice the gap within the purple studs and the angled 2x1 slope piece to stop/hold the vertical edge of the card further below. 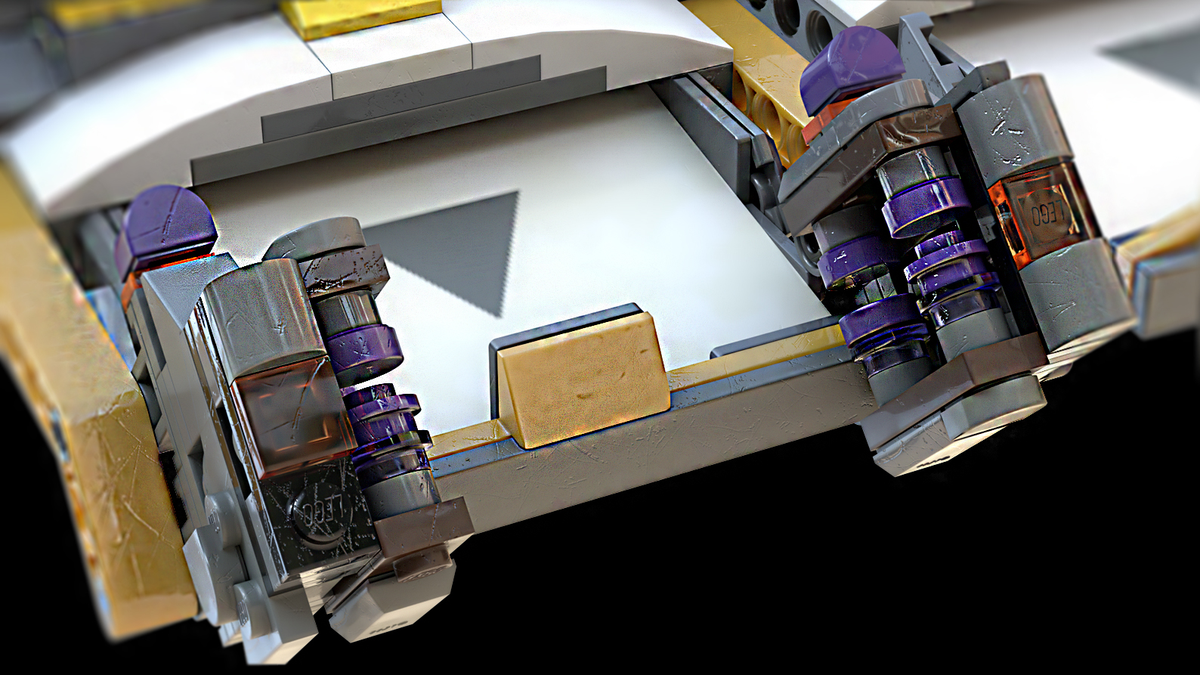 The graveyard zone is now closer to the player wearing it instead of were the field zone is here on existing models of the duel disk allowing easier placement.
Below: The Graveyard zone (White/gold opening), compared to the position of the deck zone (on the side).  Also notice the shock absorber pieces that would hold a deck down in place throughout a duel. 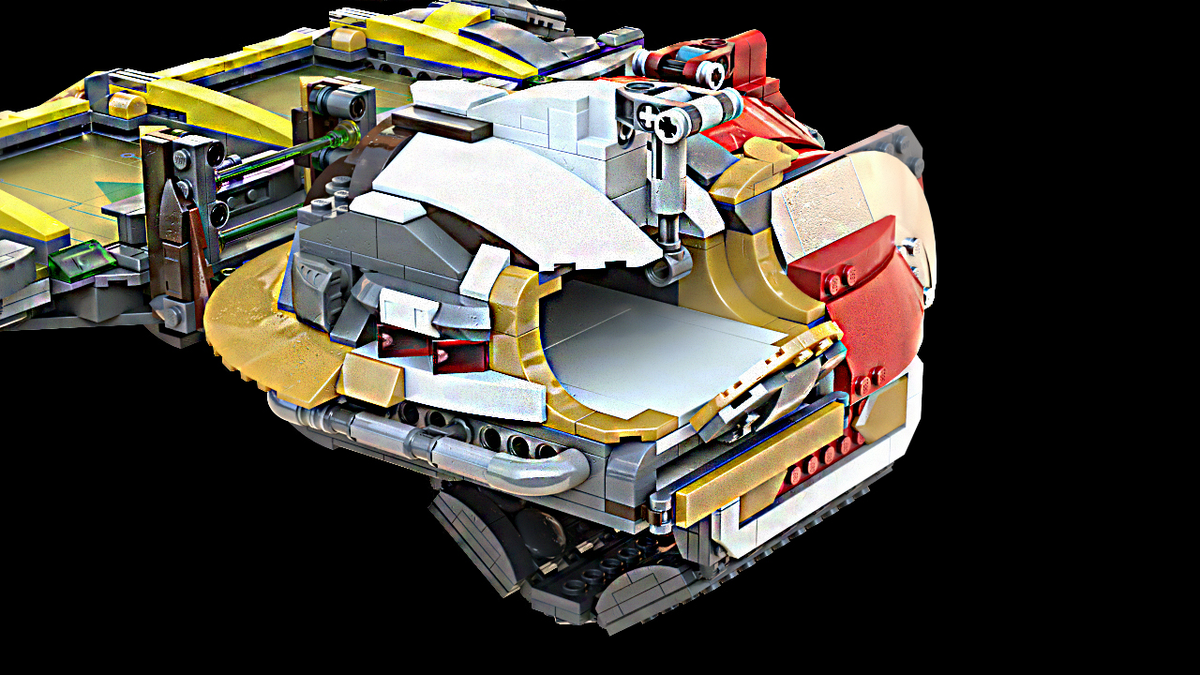 Being made out of LEGO would allow the customer to highly customize it if they would wish it including changing colors and even placement of the zones.
It's time to duel!