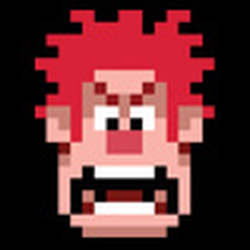 Hello everyone, and welcome to my Sonic's Speed Star LEGO Ideas project proposal. What you see here is a LEGO rendition of Sonic's Speed Star car, featured prominently in Sonic & All-Stars Racing Transformed, emphasizing on as much accuracy as possible.

Who is Sonic the Hedgehog?

Sonic the Hedgehog is a video game character created by Sega in 1991 to compete with other famous video game characters, most famously the Super Mario series. The games typically pit the titular character against the evil Dr. Eggman and his bid for world domination, using Sonic's signature speed and spindashing techniques to plow though baddies and save the day. Since his debut on the Sega Genesis (a.k.a. the Sega Mega Drive) Sonic the Hedgehog has become a household name the world over!

What are some details about Sonic's Speed Star?

Unlike my last creations, this model was created using real bricks (along with Sonic himself, of course), and it's about as big as maybe some of the Speed Champions series. I've specifically designed this after Sonic's second car and was meant to be as accurate as possible for LEGO standards. This model does have a glued piece meant to represent the engine and the wheel hubs were actually spray-painted over, but they are OFFICIAL PIECES. Since this model is a prototype, it is subject to change.

Why should I support Sonic's Speed Star?

Sonic's Speed Star is a perfect opportunity for Sonic to be better exposed in the LEGO world, not to mention its interactivity as a car should appeal to anybody, Sonic fan or not. Young kids (and kids at heart) would have a blast playing with it, and older fans will like this to set on maybe their desk or workspace. It would also make perfect stocking stuffers or birthday gifts, too!

For references, here are some Wikipedia articles to look at: