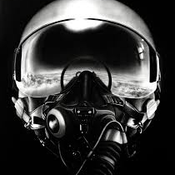 The Buccaneer Mech is a one-of-a-kind mech that was build in 2047. The Mech was a prototype at the time, but a series of events led to it being in the wildlands of Eastern Europe. The Mech is famed for its extreme durability and range, with limited charge and fuel usage. Due to its use as a scout, it is armed with only four grappling hook launchers and a single repeating cannon.

This model inclues a servicing station, a mech pilot and the Mech itself. The Buccaneer mech is very compact and sturdy, nothing should break or fall off. the Mech's features include:

The mech is reasonably small, but comfortably fits a minifig inside it. I believe that the Buccaneer mech would be a great addition to any lego collection, so please support and follow!