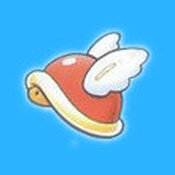 By kylav
23 comments
Harbrick Castle is a set based on the the castles built by Edward I at the end of the 11 century - specifically, the design is based on Harlech and Beaumaris.
The castle uses roughly 1,000 pieces (not counting minifigs).  It includes a gatehouse with working portcullis and drawbridge, a jail, a great hall, an inner bailey with a blacksmith, and a stable with a secret side entrance.  The set would look great on display, and I've left the back of the castle open to facilitate play with the interior.  The jail can be locked by placing an axe into the clip elements located on either side of its door.
I've designed the set in Studio 2.0.  Some pieces were either not available, or could not be made to work in the model; the real model would include 2 chain elements to connect the drawbridge, and there would be some plates and tiles added to the portcullis (similar to what was done on set 7946 (King's Castle).
All of the pieces and colors use in the model currently exist.  I've also avoided using rare or very expensive elements.
Notes for the images:
Image 1: View of facade
Image 2: View of facade with minifigs
Image 3: View of interior and inner bailey
Image 4: Detail of the mechanisms within the gatehouse
Image 5: The drawbridge in the raised position
Image 6: The secret entrance to the stable (a section of the castle wall slides open)