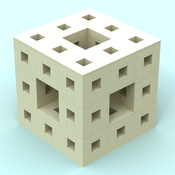 Big City, or Brick City, as I've named it, is a game obviously about building a city. It was designed by Franz-Benno Delonge and published 20 years ago, in 1999. Read more about the game here. A new, bigger 20th anniversary edition will be published this year, so the game is very actual again.

Town and later City themes, Architecture series and building houses in general have been popular through the history of LEGO. So building a city and playing an exciting game at the same time - what could be better! You begin with a few empty neighborhoods (more of them will be added during the game) and start building the first residences, business buildings, the city hall, cinemas, shopping centers, factories, parks, streetcars driving through the streets, ... and before you even notice, you've built a great and every time a different city! The buildings aren't too big, but they are still easily distinguished from one another, mainly thanks to their coloring.

The game is card-driven (not pictured in this project, only the card rack is there). Each time you build something you get points based on what and where you build. The player collecting the most points wins and will be the mayor of the city!