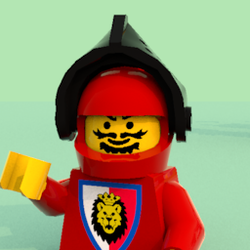 teljesnegyzet
43
369
days left
This Idea is a scale model of the well-known Coca-Cola Christmas trucks, which are part of the holiday season in many countries.
It is lighten up by six Lego Light Bricks - no 3rd party lights are used.
The side of the trailer features a minifigure version of the famous Coca-Cola Santa Claus with a bottle of coke.
It can be used both as a toy and as part of the house decoration.
The truck measures over 5” (14cm) high, 17” (45cm) long and 3” (9cm) wide.
I made this Idea because... well, holidays are coming.
43
369
days left