This is my version of X-Wing in super deformed (SD) style to make it more playable for children of age 4-6. The current X-wing available 9493 is more suitable for older children (age 8 and above) in terms of size and handling. Since younger children are equally enchanted by the Star Wars starfighters (as is for my 4 year old child), I have build a SD X-wing starfighter that is more playable in tiny hands. A strengthened frame is necessary to tolerate rough ‘swooshing’ by young children. Detail decorating pieces have been minimized as I wanted to avoid falling off small parts that can frustrate the young ones (or their parents) for having to constantly ‘repair’ the toy due to their limited fine motor skills. Of course, enough “weak points” between large assemblies are retained to encourage the children to fix the toys themselves. 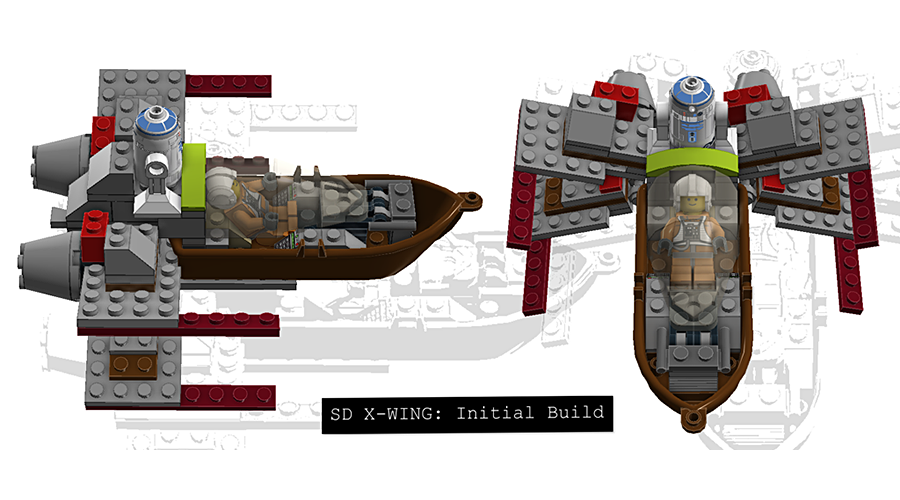 This is the initial 'rushed' build of the SD X-wing, completed in 15-20 minutes with assorted pieces available in kids' bucket of bricks (yes, they can be quite impatient). The size and weight of this initial build is found to be comfortable in the hands of a 4 year old kid. The build is also sturdy enough for the child to play out his favorite Star Wars scenes. Overall, the physical dimension and sturdiness of this build makes it portable for the kids to bring it out of the house (it seems, children like to bring their favorite toys along to see the world). 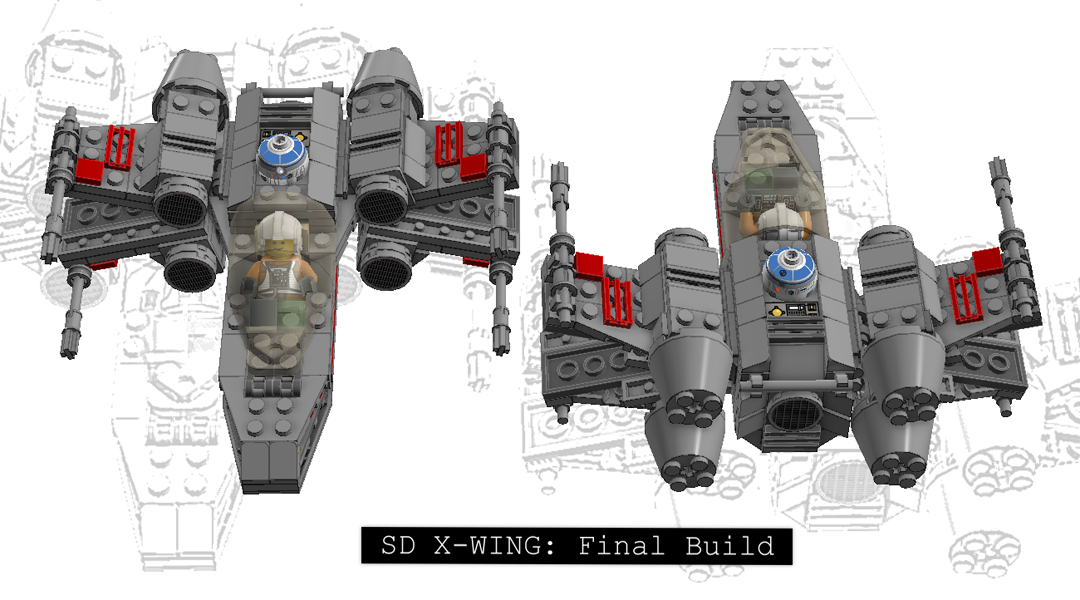 Being ‘swooned’ by the X-wing as a child 30 years ago, I would really wanted the SD X-wing to look like the original starfighter. So, some good time is taken to redesign and enhance the playability of the SD X-wing. The result is a simple-to-build starfighter which both the father and child would like to ‘swoosh’ with.


(Note: the part 92946, used for the nose tip, does not come in bluish-gray. I have used the dark-gray in actual build.) 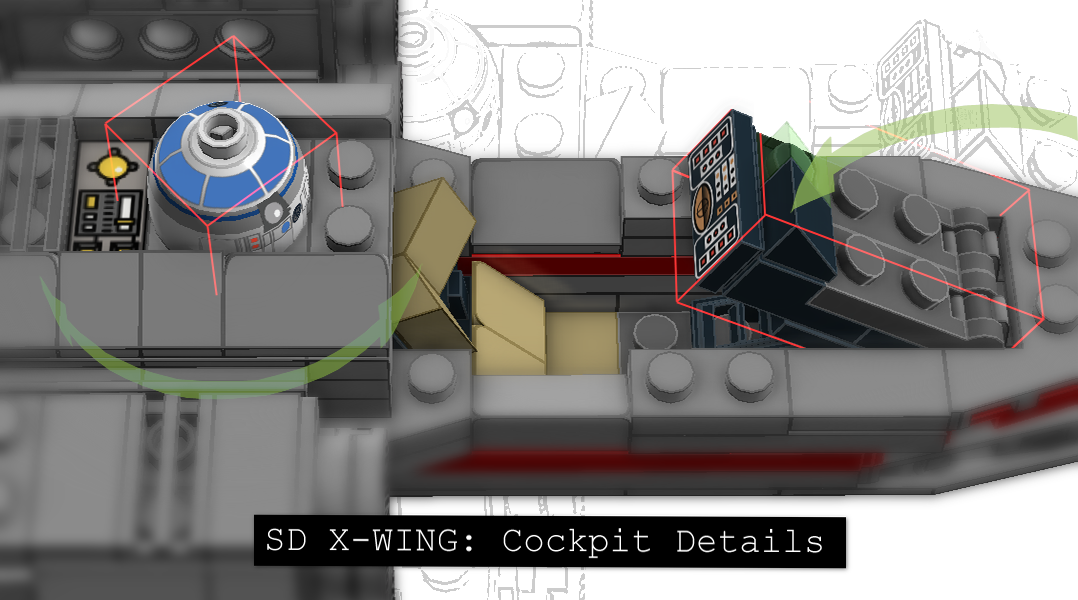 Some extras to add to the playing experience:

- R2 can turn his head around to repair the X-wing during the intense Death Star confrontation!
- Cockpit complete with pilot seat, dashboard and head-up-display to make your Minifig happy!
- S-foils opens up to approximately 56 degrees. Now the child would not worry about his X-wing becoming a B-wing because of the unrestricted opening angle! 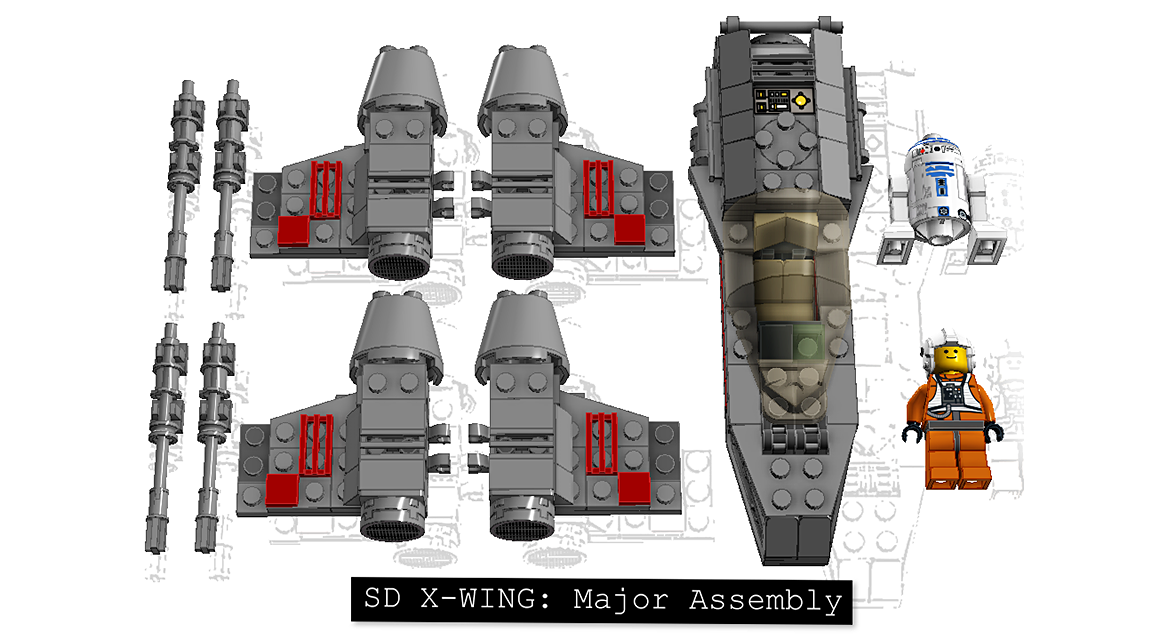 I hope that this SD X-wing can inspire more SD styled builds targeted for younger children, which will also appeal to adults. I believe this can further motivate parents and children to Build and Play Together.

Thank you for reading, I hope to this project finds your support.

PS: Perhaps this build is not really suitable for younger children in general, as I have no building experience with other children. Then, let's just say this is another X-wing the father wants to have :)