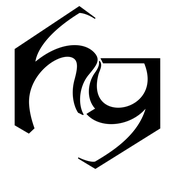 By hexgraphica
25 comments
Brief Overview
The Tommykaira ZZ was a slingshot two-seater sports car conceived in 1992, shown in 1995, and sold from 1996 up to 2001 in almost 210 units. In spring 1999, due to mishaps caused by the Japanese Ministry of Transportation, the production was stopped after 185 out of the 430 units planned, and sales restarted only in 2000 with a slightly upgraded version: front additional radiator, thinner front tires, a slightly restyled front bumper and engine improvements.
_ _ _ _ _ _ _ _
What's Tommykaira?
Tommykaira (registered with "kaira" all lowercase) is the complete-tuning-car brand of Tomita Dream Factory, the company created in 1986, Kyoto by Yoshikazu Tomita, exotic cars and AMG importer, 1985 Japan Touring Car champion as a team principal; and Kikuo Kaira, Japanese F2 racer, race car designer (F1, F2, F2000, Fuji Grand Champion, Group C cars).
Tommykaira's logo consists of a turtle, like the one who raced against a hare in the Aesop's fable, and it represents the automotive career of Tomita, who worked hard all of his life to eventually managing to build his own car when he was already 50.
Tommykaira was sold until 2009, fully road legal and warranty compliant tuning cars, being the first Japanese independent road car manufacturer, the first Japanese manufacturer to break the 280PS power limit (by 70PS), and the makers of the most powerful road legal Skyline R34 ever sold, the 530PS R-Z.
_ _ _ _ _ _ _ _
The car in detail
You may know the ZZ from your Gran Turismo sessions: it was conceived as the dream car of a lifetime of both Tomita and Kaira, a car that drove like '70s race cars, with no electronics nor driving aids at all, easy to repair, highly customizable and light enough (690kg) to be supercar-fast with nearly 200PS. The SR20DE engine was taken out of the outgoing Nissan Primera P10, fitted with carburettors and new camshafts, and able to produce up to 195PS with a round torque band.
Although many mistook it for a Lotus Elise copycat, the Elise was conceived and styled some time after the ZZ was.
_ _ _ _ _ _ _ _
Why I built it
The ZZ represents to me what a fun car should be all about: lightness, simplicity, reasonable costs, driving purity, a handling within the reach of anybody, and a grunty engine note.
Building a LEGO version of it would bring every enthusiast a bit closer to the joy of owning a real one.
This MOC is on its final stages of refinement and it has been built with the goal of reproducing the actual object as accurately as possible.
The chosen colour is yellow as the press car was, an official paint tone for both early and late models.
_ _ _ _ _ _ _ _
Features
The set would contain the parts needed to build first an early model and potentially convert it after into a late model: front bumper modifications and rear wing.
The ZZ was made to be highly customisable, so it perfectly fits the purpose of LEGO sets: with some spare bricks you could modify it into whatever you like and have a LEGO ZZ like no other.
Since it's in small scale, no mechanical functionality had been implemented, but chassis, engine, and exhaust are built in order to be as aesthetically accurate as possible.
The seats are placed off set to each other as in the actual car, because the fuel tank is located behind the passenger's seat.
The dashboard is replicated to match the shapes of the real one, and the steering wheel is clutched to a gold plate that resembles the quick release ring of the actual one.
Doors, a quirky feature of the ZZ, open exactly like in the real car, as the front clamshell does.
Like in the real car, the roof panel can be detached from its functional position and attached upon the engine's hood, but I'm still thinking about a way to make it clutch instead of leaving it just leaning on.
In the last images you can see the bare chassis with interior and engine installed. Its pointed shape resembles the shape of the real one.