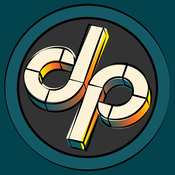 20 years ago, on July 2nd, 1997 the epic space-saving comedy, the Men in Black invaded our movie theatres and despite the constant neuralization we remember them and their continued efforts to keep humanity safe. To commemorate this galactic occasion, I present in Lego form, the Men in Black.

Recreate iconic Men in Black scenes with this awesome 2-story MIB Brooklyn Battery Tunnel Building! With over 2000 pieces, this highly detailed model features an alien immigration room, a head agents’ office, a break room, a laboratory, an alien containment cell, a ventilated entrance, and a weapons and suit armory. Transport agents and aliens up and down the moveable elevator for convenient access to both floors to help protect Earth from extraterrestrial threats. Open the walls for easy playability and use the 1987 Ford LTD Crown Victoria to chase down escaped alien threats. Included in this project are 13 minifigures: Agent K, Agent J, Zed, Jack Jeebs, Agent O, Security Guard, Edgar, Serleena, Scrad, Boris the Animal, Griffin, Laura Vasquez, and Mikey.

The Men in Black franchise bridged a generation and became an instant classic with both adults and children, making it an ideal theme for Lego. You can make this set a reality by supporting and sharing it today!

You can check out my other projects here: https://ideas.lego.com/profile/Dalmaster/projects

This Project is a simplified version of a project that I began in 2016 and has been a year-long process of designing, building, redesigning, rebuilding, rendering, photoshopping, re-rendering, et… The concept of this project was inspired by the Ghostbusters™ Firehouse set 75827 and it's large, open detailed interior. The biggest challenge I faced was trying to fit everything comfortably while keeping a working blueprint of the building that would allow for easy play access in addition to being presentable and as movie-accurate as possible. I also paid close attention to its structural integrity making sure that the design would be sturdy and enjoyable and not built using any ‘illegal’ methods. I am beyond pleased by the result and am confident that this would make an ideal Lego set to add to any collection.

If this set is selected during review there is one recommendation I would make to the Lego Designers and that’s that the hair piece for Agent J should be piece 21778. I was not able to render the piece because it has not yet been added to Lego Digital Designer.