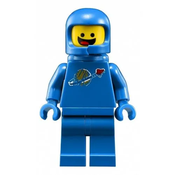 By Rocketbricks
46 comments
The City Bank
What is it?
This Lego set is a bank. It was made with some 400 pieces and contains 4 Minifigures: a bank employee, the bank manager, a rich client, and a robber. It was made with many architectural details like the roof, the column of the facade, etc. there is also some fun details like the vault that can get of when you pull the lamp that is on the side of the building.
Why did I build it?
I built it because nowadays we often have money and banknotes, in various Lego sets, therefore, I felt that having a bank could increase the possibilities that you can do with your Lego city. The police sets are very popular but we just don’t have anything to rob. This is a box that many people will want in their city.
What makes this set a special Lego set?
This Lego set is special because although there as already been a few banks this one is much bigger, furthermore it is much easier to play inside this bank as every floor including the roof can be separated.  On the contrary to the other boxes this bank as an ancient style, that the other modern banks do not have. Hence it feels this bank is kind of the central bank and appears like a big box. It can also be used with almost any other Lego city set.