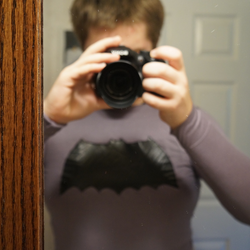 Cloud 9
11
Ever wanted your own sonic screwdriver? Well, now you can build a nearly exact replica of the Ninth and Tenth Doctor's very own cabinet maker. I've tried, using replicas and various pictures, to create an accurate 1:1 scale LEGO version. As of right now, I only have renders of the project, that I've uploaded from LDD. I do have a real-life model, and will get pictures of this up in the near future.
Just as a couple of design notes, because I know that questions will be raised as to the project durability: First, there are flexible tubes running through the entire body and head of the screwdriver. This works very well for the model in real life. The head itself is extremely sturdy, despite what would appear to be a weak spot with the lightsabers. In fact, the screwdriver only divides into three parts: the head (which includes the trans-yellow section), the body, and the tail (the black part at the end). There's a bit of wobble in the body, but that is simply due to weaker tubes and connecter pins being used.
Finally, any suggestion that you have, or comments to make this project better would be greatly appreciated. This is the seventh version, I believe, of this model, so I'm constantly trying to improve it. I at some point will add a collector's stand, and may upload the LDD file.
11