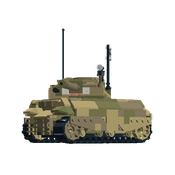 Let me intruduce the band.

Akagi "The Crow" Tagawa. This Dynamic drummer from Japan is decended from the samurai class and she keeps the beat for the Dragons. She has also been known to do insane sword displays slicing through speakers, amps and mic stands after concerts.

Jimmy the Dragon. No one knows his last name or where he is from. His origins are very mysterious and he is the founding member of the Dragons. He has a raspy voice and his sharp lyrics give life to all the Dragons songs.

The Star Child, Clad in silver and black this bass guitarist is a founding member of the Dragons. He co-writes many of the Dragons songs and supplies backup vocals. His facination with science fiction, outer space and aliens is how he got his name.

The Golden Flash; Clad in black and gold, he is the twin brother of The Star Child. He also co-writes songs and provides back up vocals for the band.  This talented guitarist keeps the rythem and runs around on stage getting the crowd in a frenzy with his crazy antics.

The School Boy, Playing the meanest and most complex guitar solos in the world he is second to none. The newest member of the Dragons, he replaces "he who should not be named" who was kicked out of the band because of certain "issues" that he had. This guitarist was found on You Tube of all things playing incredible solos for his band he had in high school.

There you have it. You have met the band now support their tour and get your dose of heavy metal madness! The tickets will sell out lightning fast so act quickly.