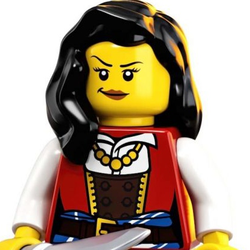 ContactBrickPluto
34
From the 1994 kids film 'The Little Rascals', this build is based on the finale. These two vehicles are the go-karts the characters use at the go kart race at the end of the film.
The first kart is driven by the characters Alfalfa and Spanky. This kart in the film was built with spare parts and old scrap. In my build I designed it to look like it has been hastily built by using different objects and items to be used to make this kart.
The other kart is driven by the characters Waldo and Darla. In the film Waldo is really rich and so can afford an high tech go kart. This kart design is clean and stylish and has a more expensive look. In the film Waldo, (being the sort of villain of the story) uses spikes on the kart to try to sabotage the other racer from winning, so I decided to add this feature in this build.
This set comes with 4 minifigures: Spanky, Alfalfa, Darla and Waldo.
34