The Treasure of Barracuda - A Puzzle Box Adventure 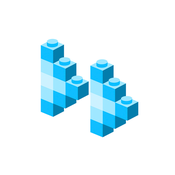 With your Grandfather's Amulet in hand, you venture on a great journey. The old legends take you far up into the coldest of mountains. In a hidden cave, in an alcove under a rock, you find the remains of a skeleton clutching a Map. Been there forever by the looks of it. It details the location of an amazing treasure, “X marks the spot”. There is no time to lose, you take off again! Arriving at the beach you grab your shovel, digging for what seems like hours, and just before your hope is gone you hit something! With nervous hands you drag it out of the soil. A real Pirate’s Chest!  It must be filled with gold! Now if you can only get it open...

You found it! A sequential discovery Lego Puzzle Box, a Pirate’s Treasure Chest. Hidden a long time ago by the fearsome Captain Redbeard himself! Included are the Grandfather's Amulet and the Ancient Map, both which are needed to solve and open the chest and uncover the amazing booty within.

Sequential Discovery is a style of puzzle where you have to uncover the correct steps in sequence in order to solve the puzzle. Underway you discover tools and items which help you along the path. This box includes several, an amulet with an axle to crank open a compartment, a parchment which gives you cryptic hints to follow on the map, a ship’s wheel which turns a hidden mechanism and lastly an actual functioning key that unlocks the chest.

Watch the exciting experience in the video above.

Featuring a complex solve with over 20 moves and multiple internal tools to discover, this box will keep you adventuring for a long time.

Beginning your journey you will come across The Old Parchment, with a series of riddles penned by Redbeard in his final years. Follow the clues and search the map, using your Grandfather’s Amulet you will discover the remaining piece of the Black Seas Barracuda, The Ship’s Wheel. Twist it on the box and free Quartermaster Riggs from his cold dungeon (are we a little late?). He helpfully points you towards your goal and you uncover within a compartment the Black Skeleton Key!

You can finally unlock the treasure! Insert it in the lock and turn key. Oh, and beware of the curse…

The goal is in sight, open the box and claim the legendary treasure, hidden by Captain Redbeard. Maybe for a good reason?

Jewels, Gems, Crystals, Gold Nuggets! More precious metal and coins than you have ever laid your eyes upon. Shiny Kings Armor and Sword, Medallions, an... Egg?

This is the treasure of the ages.

But Wait! There is more! As you gaze contently upon your mountain of gold, you hear a whisper in the wind, and a shimmer coming from the box. The elusive Time Crystal is near, worth more than all the gold combined!
Hurry and find it! Where could Redbeard have hid it, there is no room left, is there?

This box is made of Lego and nothing is glued, how do you know what you are allowed to do you may ask? It could simply be taken apart and the box would be solved would it not? Fear not! I design all my puzzle boxes with this in mind and the rules are simple: Do not detach any bricks, parts or pieces. If you uncover a Lego stud, then you have detached something you shouldn’t, put it back and try again.

The box in its current design is quite tricky and you might need to work on it for several days. This can maybe be daunting for new puzzlers, or possibly still too easy for seasoned puzzling veterans?
No problem at all! The box is packed tightly with a lot of parts and they can be rearranged to create multiple different scenarios for solving it. Making it a 3 in 1 puzzle box where you decide which scenario to build, each with its own difficulty rating.

The current configuration is the medium one, while the two other difficulties will be revealed when we hit the following milestones:

1000 Supporters: Easy Solution - This ones a cinch! Fun puzzle for beginners.
Milestone reached! We reached this goal sooner than expected. Easy version of the puzzle is coming soon! See Update #2.

5000 Supporters: Hard Solution - Brutal, even Redbeard would have problems!

What fun is a Lego set if you can’t play around and make something of your own out of it?

After having built the puzzle and learned the mechanisms. You are ready to build a puzzle of your own! Change the insides of the box to make a new solution, or build a completely new puzzle out of it. A Grandfather Clock, a Piano, a Pirate Ship!

Customize the map and create your own landscape. Make it a desolate wasteland, snowy mountains or tropical islands of the Caribbean.
Using the parchment obtained during the puzzle you can write your own clues as to how to find the secrets of the map. Will you do a cryptogram which solves into steps and directions, or a full on poem describing the road to take? The secrets of the map are not easily found without.