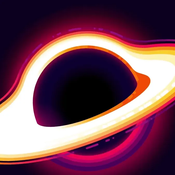 Steam Locomotive Pere Marquette 1225 was a short-serving, steam based locomotive built in 1941. She remained in use for only 10 years until she was slated for scrapping. However, in 1957, the Michigan State University saved this piece as a good learning tool for their students, and placed her on a static display.
In 1971, the Michigan State University Railroad Club was formed and restored Pere Marquette's operational status, where she's now in use for the excursion rides under the name The North Pole Express.
Since I was a little kid, I wanted to build a good-looking steam locomotive, perhaps because of my love for The Polar Express film, in which the Pere Marquette 1225 plays the significant role.
I hope that my attempt will honor The Polar Express.
The locomotive consists of 2948 parts, does not contain minifigures (but she does have a cabin for a feature of playability). Dimensions of the Pere Marquette are 56.8 x 12.24 x 14.72 cm (LxWxH). Updates will come as soon as possible.
Also, last two images contain a tender which I made later on. Serves for illustrational purposes only and it is NOT a part of the set.
Note: This set was made purely in the editor, so it is missing painted parts which I could not make - the IRL as well as The Polar Express locomotives have a number 1225 painted on the reflector, above the reflector next to the bell, and on the side of the cabin.