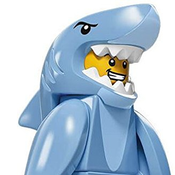 By Fez Boy
13 comments
This is what we will be testing in this project: is a Lego mythbusters set even possible? Well I think it is. All we need is some full proof evidence in form of your vote. This would make a great Lego ideas set because Mythbusters is very popular and has some very memorable people. These people include Jamie Hyneman, owner of M5 industries, Tory Balleci, co host of the white rabbit project, Kari Byron, co host of Punkin Chunkin from the Science channel, Grant Imahara, robot fighter and stage crew member from Lucas Film, Buster, the loved test dummy of myth busters and Adam Savage, host of Adam Savage tested YouTube channel and Mythbusters junior. I built this because I love the Mythbusters show and the science behinds it.
FEATURES:
Mini-figures:
Vehicles:
Equipment:
Filming Equipment:
Exterior:
Interior:
Myth testing Equipment:
Miscellanies:
Piece count: 2098
I hope that you will vote for this so we can say that having a Mythbusters Lego set can be confirmed.