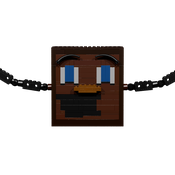 The set contains around 450 pieces, and contains 6 minifigures. The building itself will have two floors, followed by the roof, as shown in the second image shown at the top of this idea. The building also contains a meeting room on the second floor, with one table, and six seats around it.

Here are the details of the entire building itself:

The minifigures, with their names, are shown with the breakdown of the building at the top.

Updates will arrive when necessary. Let's make this set become a reality!