Xendor
2
This is a Lego set based on the Sith Inquisitor story line from the computer game Star Wars The Old Republic. I figured that there has been enough vehicle sets, and not enough scene sets. So, I decided to build a set from the Tomb of Naga Sadow. One interesting thing that is different about this set is there are random Sith Inquisitors. Like the collectible minifigures that are for sale, each box will come with a random minifuigure. There are five different Inquisitors, one for each inquisitor species. More will be talked about later.

The story here is that you and a guy by the name of Faun are the last two candidates to become the Sith Apprentice of Lord Zash. For the final trail, you must go in and retrieve an ancient map from the Tomb of Naga Sadow. In order to do this, you must awaken an ancient assassin. Faun has already left, and just before you go after him, Lord Zash comes in and tells you how you can awaken the assassin. You must take the Four Rods of Agony and place them in their altars.

Afterwards, you must electrify the door, 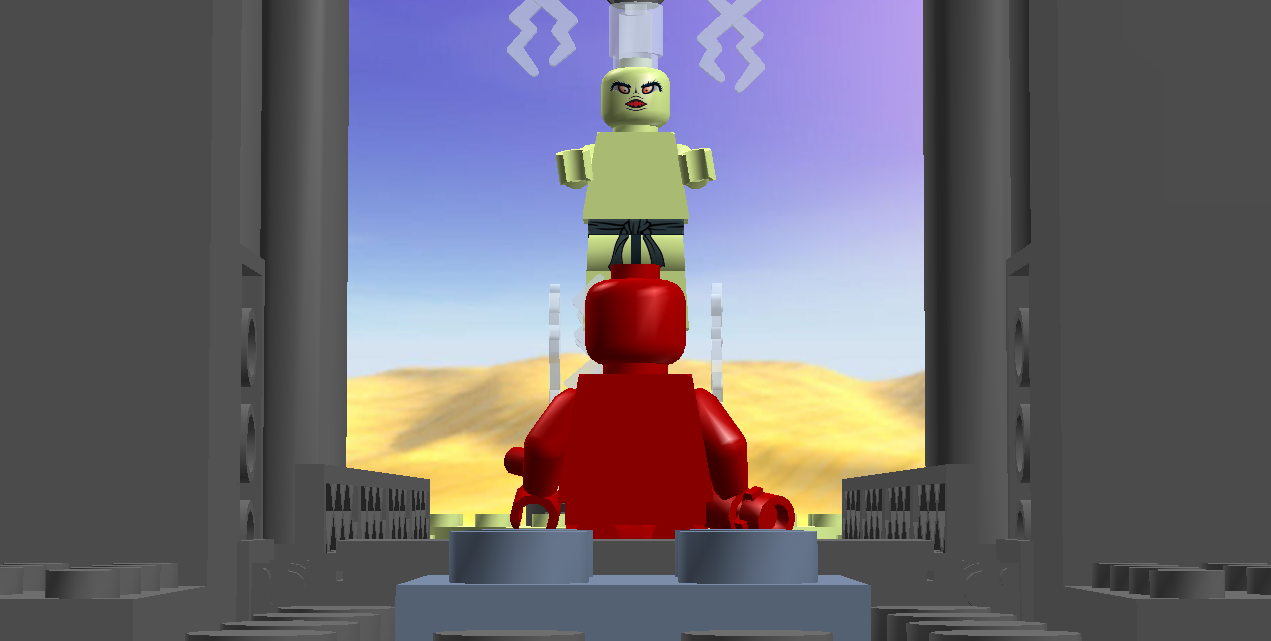 and earn the assassins loyalty through a duel. You have to fight the droids that guard the temple in order to reach the altars. If you are strong enough to defeat Khem Val, then congratulations. You have a companion, and there is no way you won't become Zash's apprentice. 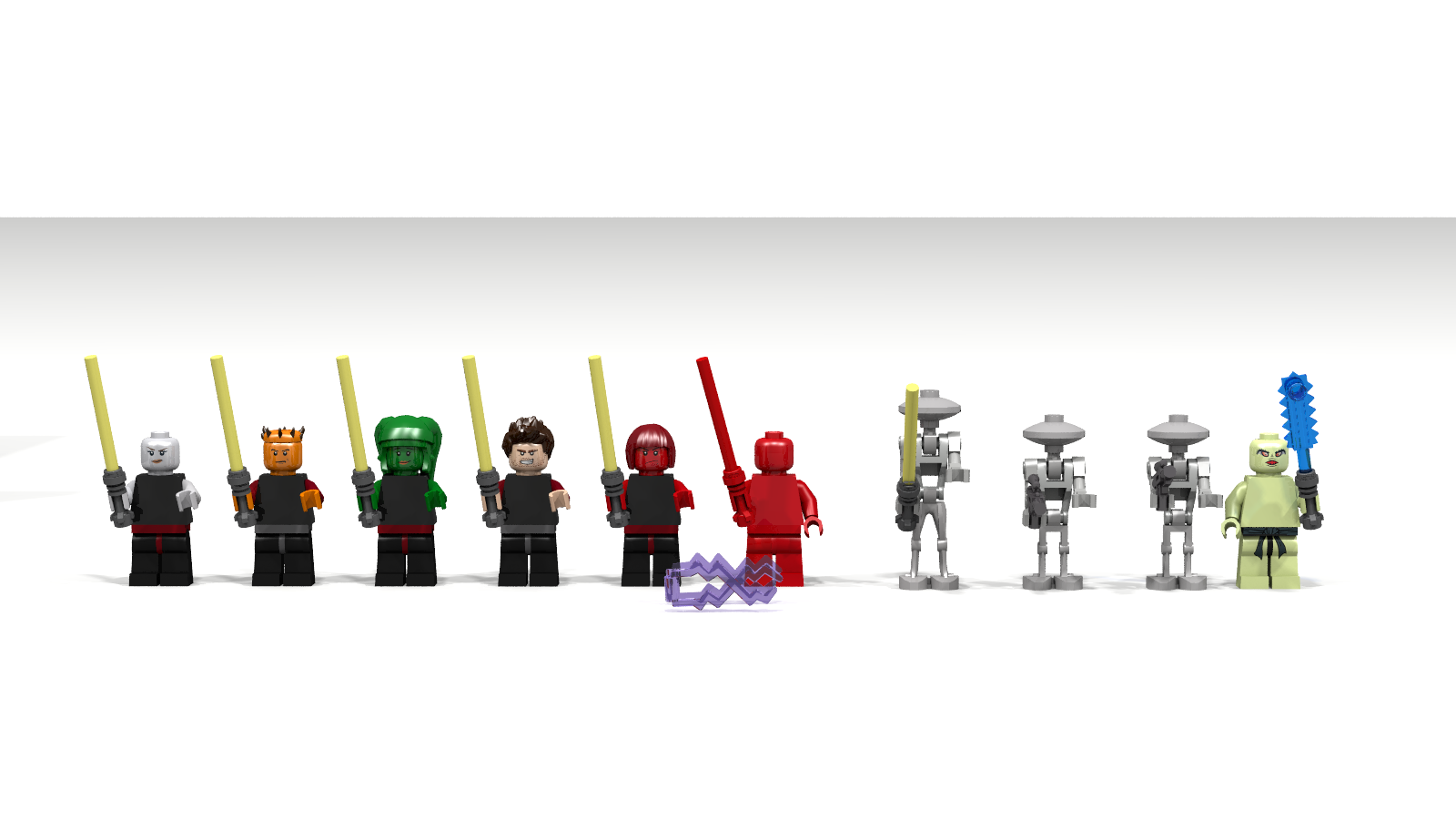 In the image above, there are all of the minifigures that can come with the set. To the left are the five Sith Inquisitors: a Female Rattataki, a Male Zabrak, a Female Twi'lek, a Male Human, and a Female Pure Blood Sith. The red figure is not part of the set, but stands where one of the five Inquisitors will stand. Then there are three temple guards, one tall droid with a vibro blade, and two medium droids with blasters. Last of all is Khem Val, the assassin, with a big vibro blade.

Click here to watch a video with this scene:

If you have any ideas as to how I can improve this set, I would appreciate it. Just leave a comment.

Thank you for looking at the set.

Edition 2.0 Update: December 12, 2013. 20 supporters.
Additions: New droid heads,
I would like to thank Wipeout Zone for rendering the Main Image and the Minifigures. Check out his page here: WipeoutZone
2