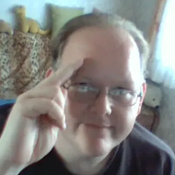 By Stormy Steinmann
11 comments
The Idea:
In the days of childhood, the space program had floor plates to make its space base dignified. Unfortunately these are no longer manufactured. But of course this is not an obstacle for the combination skills of LEGO bricks...
The Model:
The further advance of the humans into space was associated with ever larger spaceships. In order to repair, load or otherwise equip it, sooner or later it was also needed larger base structures. They form the link to those gigantic spacecraft that no longer land on planets or moons themselves.
At the same time, research, shuttle and transport vehicles on the ground became larger, so that regulated traffic within extensive base facilities required reasonable traffic routes. All of this can be seen here as an example. There are standard shapes for a large landing site where the numeric designation can be seen from afar. For comparison, I have also shown a table with all 9 digits.
The landing pad is equipped with small platforms at its four corners, which allows many different setups. There could be fuel tanks and test systems, small control centers with computer consoles, radio masts and much more. In the model shown, it serves as an elevated place for an astronaut to instruct a landing ship.
The crossing element is designed as a kind of emergency landing pad. It sometimes also serves as a landing place for gliders from the outskirts. The plates are equipped sparingly. They are intended to serve as a basis for the ideas on the topic of "space base" for LEGO space fans.
The Background:
In my own little space program I work exclusively with modular structures based on 48x48 panels like those in this illustration. Since the old 32x32 solutions don't combine well with this, I developed this replacement. And I did not build this after it was clear, the old Galaxy Explorer comes back as a set; the idea came to me about the end of 2021. But sure - the Explorer would be happy to land here.
With 2x4 tiles, all elements can be connected easily and securely. The color coding is based on the original 32x32 panels. Parts and colors correspond to the old space programs also.