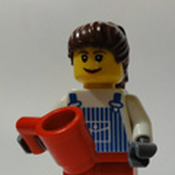 By PurpleShark
1 comment
This is my idea for a car for Mini Figs that allows them to sit side-by-side and not tandem or just one fig as most other cars or trucks are.

The background to this idea, is that I have a project writing a comic at www.purpleshark.co.uk and I wanted a car that both the main characters could use. Heck, even the new Friends line have Stephanie's Cool Convertible that 2 of the new style figs can use.

I was limited to colours that already exist in all the parts that I needed and I'm just not keen on the purple and pink colours from the Friends sets... so I was rather stuck with the, not very exciting, grey and white for the outside. But I do rather like the yellow interior. 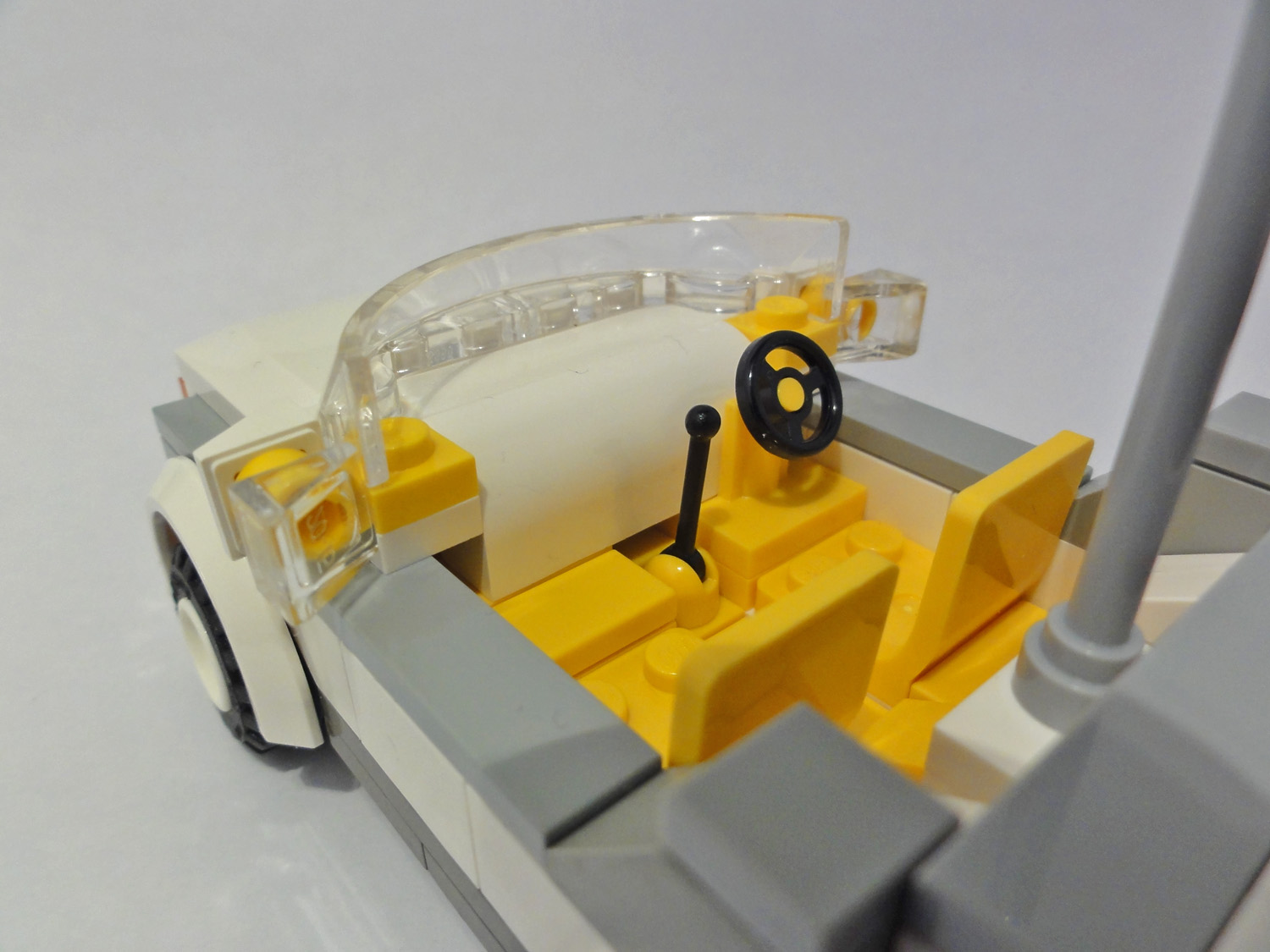 The problem with the Stephanie's Cool Convertible set is that the seats are too close together and so the key here is that the car is one additional stud wide making it 7 studs across the base. The issue with 7 studs is that Lego don't make pieces with odd numbers of studs and so 2x1 jumper pieces were needed to allow bits 6 wide to fit to a 7 wide car. 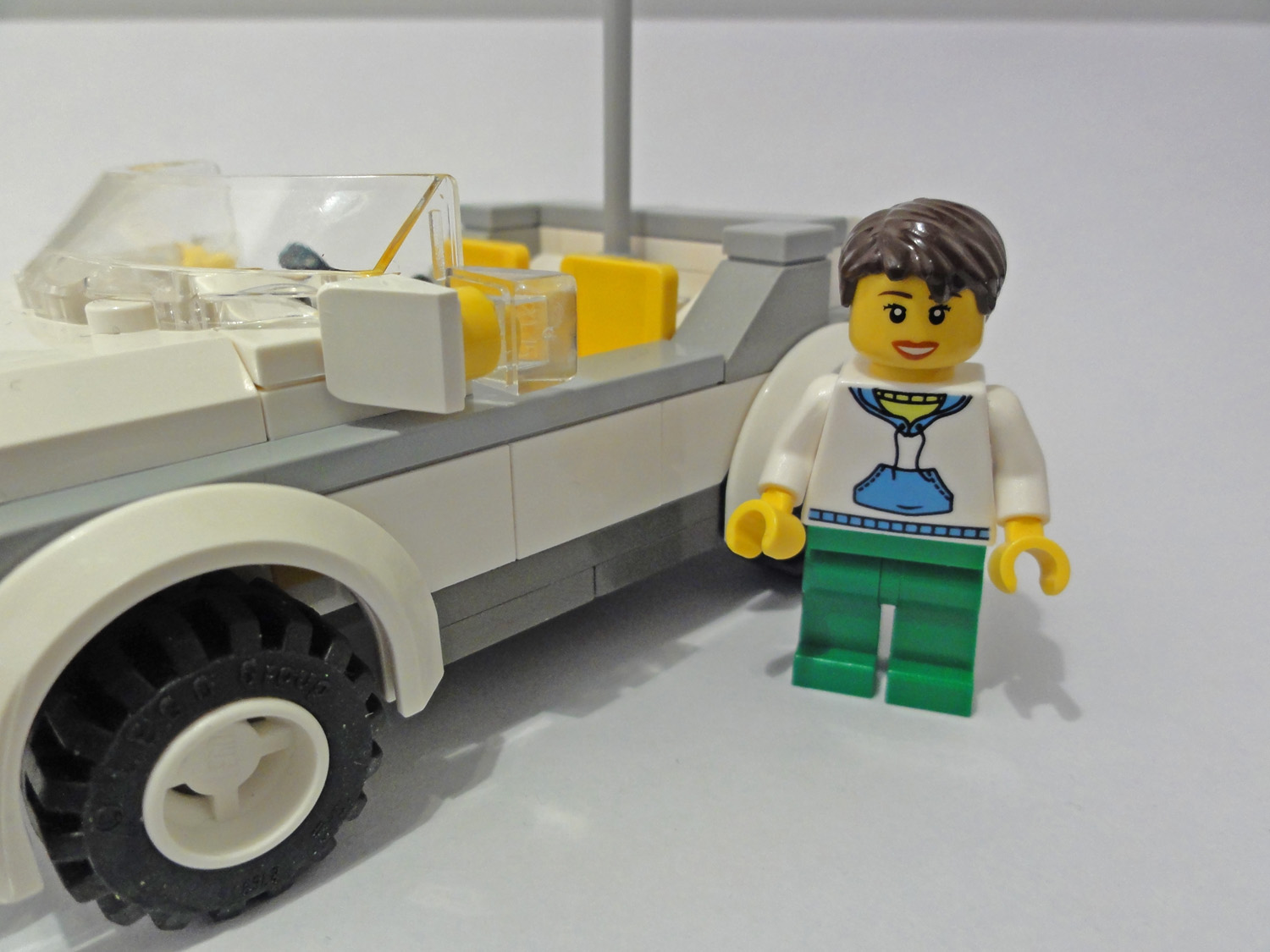 The remainder of the car is pretty standard and not bad scale with the mini figs. In my opinion this seating configuration should already be available and would be a simple new addition to existing sets. Perhaps the car with 2 figures could be available as one of the smaller pocket-money priced sets. 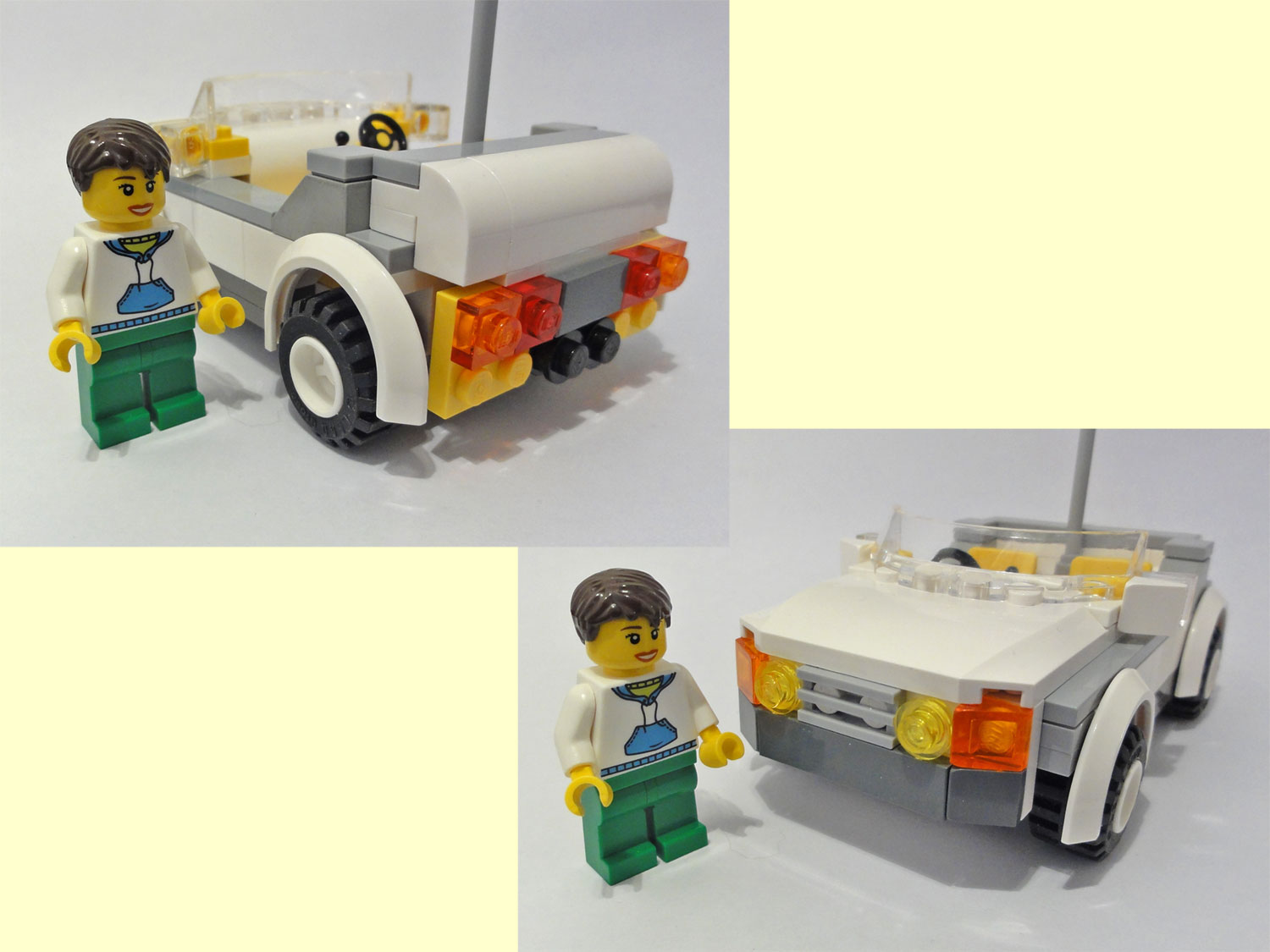 The front and back have been kept simple using just modified plates as the panels for lights, gill, mud flaps and so on 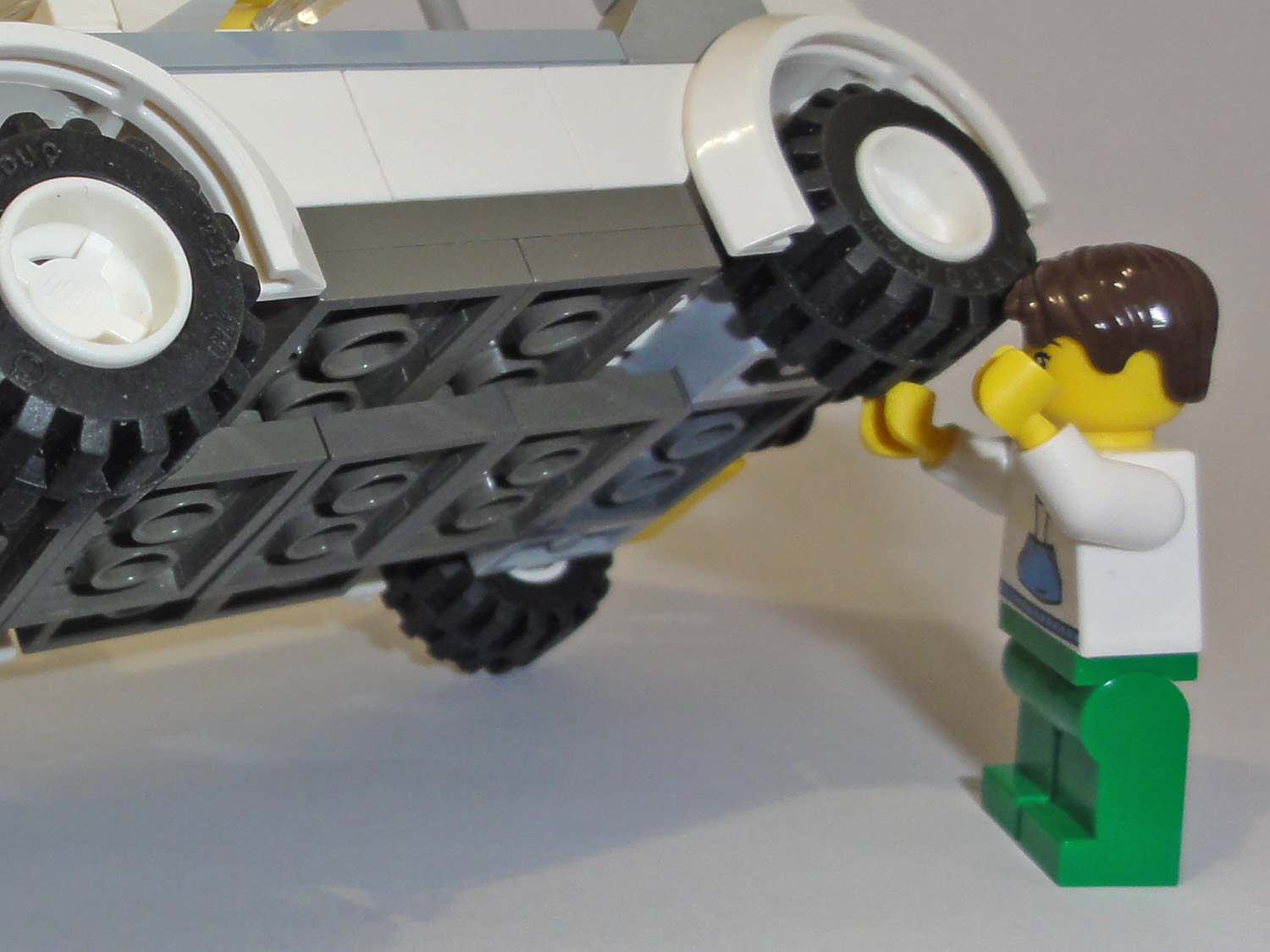 Michele always was a strong girl! Underneath can be seen how the car was made with a centre "spine" being one stud wide and then 3x2 plates on either side to make the total width.