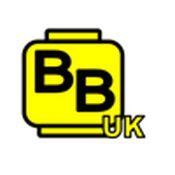 After receiving a great response for our winning project 21314 Tron Legacy Lightcycle last year, we really wanted to go for a non-franchise idea by creating some of our own builds to hopefully inspire other builders to submit their work too.

So that’s why we’ve taken inspiration from our cyber-rex alternative build on YouTube as well as lot’s of fan feedback to design a new set concept that combines our love for futuristic dinosaurs with the apocalypse.

Now for a back story its basically set in the distant future on a far flung planet where the recycler’s of the galaxy Trudy, Zac, Bucketz and the Cyber Rex go around scavenging and hunting for old scraps or power units to keep the Cyber Rex running in the scattered wastes!

-The main build is the Cyber Rex which features an overhauled T-rex figure with a mechanical working cog leg, a hydraulic lift claw, and cybernetic swinging tail!

-On top is the main unit, including a saddle seat, missile pod, engine unit and movable crane at the back!

-Extra attachments include storage net for salvage, tool racks and teddy bear mascot on the side.

-The set would also have an old rusty fusion engine in it with a detachable power core, so they can search for it in the wastes or hook it up on the crane.

-The 3 minifigures are Trudy the Cyber Rex driver, Zac the mechanic and Bucketz the robot who features these claw & welding arm attachments to help repair the rex.

So with these cool play features on the Cyber Rex, alongside the minifigures and back story, this set should create a strong fun idea that would be a great play set incorporating adventure, team work and recycling, but it would still look awesome as a display piece thanks to the epic Rex!!

Hopefully you’ve enjoyed seeing our new project idea and will be able to get behind it and back it!