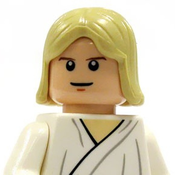 By Haluk Skywalker
50 comments
The year is 1000BC! The Greek armies have paid a visit to the ancient city of Troy, but they don't feel very welcome, and the main doors are very secure. While the Greeks wait outside, Trojan life goes on. The guards exercise, the blacksmith forges new swords. The philosopher takes a bath, waiting for a "Eureka!" moment, and the Trojan marketplace is busy. There is always drama to watch at the grand amphitheater, right next to the beautiful royal palace. During the siege, the sculptor needs some new stone, but the Greeks are patrolling the main doors. Luckily there's always more than one way out of the city! After a while, the Greek armies disappear, leaving a mysterious present... a huge wooden horse!
This creation is a model of the ancient city of Troy. I thought it might be a great playable experience, with lots of opportunity for action between the Greeks and Trojans (knocking on the door with the battering ram, scaling the walls with ladders, dropping rocks on the climbers, sneaking out of the secret exit, and hiding inside the horse). The gates can be opened using the gears at the top of the entrance. A secret vault in the palace hides the royal jewels and gold. A trap-door leads from dressing rooms in the basement of the amphitheater up to the stage. There are many residential quarters for the Trojans. An encampment at an old aqueduct nearby the city serves to house the Greek soldiers on their down-time during the long siege.
The suggested minifigures/characters for this set are:
Greek: Agamemnon, Achilles, four Greek spearmen
Troy: Hector, Paris, Helen, Sculptor, Blacksmith, Actress, Philosopher, Baker, Fruit Seller, two Trojan spearmen two archers
The inspiration for this was partly the 2004 movie, and partly a trip to modern-day Canakkale, where the actual ruins of Truva (Troy) are located in modern-day Turkey. If you like this product idea, thank you in advance for your support! May the force be with you!