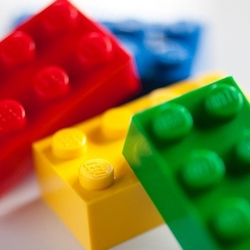 This is the Globemaster III from the popular show by Marvel called Agents of S.H.I.E.L.D. This is a modified Boeing C-17 military transport aircraft used by the Agents of S.H.I.E.L.D for various reasons. It also has engines that can rotate so it can fly backward and take off and land vertically! When it is not being used it is parked in the 'Playground', a secret S.H.I.E.L.D base. While it is officially know as the CXD 23 Airborne Mobile Command Station most everyone calls it 'The Bus'. This aircraft is designed by and for the use of the Strategic Homeland Intervention and Logistic Division, or just S.H.I.E.L.D.