Every great history and sci-fi theme needs a wormhole through the fabric of space and time! Now, with the Portal of Bifrost, you can travel from Midgard to all of the realms of Yggdrasil, to all of the realms of Norse Mythology, and to all of the Mythic Realms of the entire Ancient World... Team up with the heroes of every Multi-Verse and Expanded Universe in creation to defeat the Titans in an epic final battle worthy of Ragnarok... Every alliance and every character cross-over you have ever imagined is possible now! 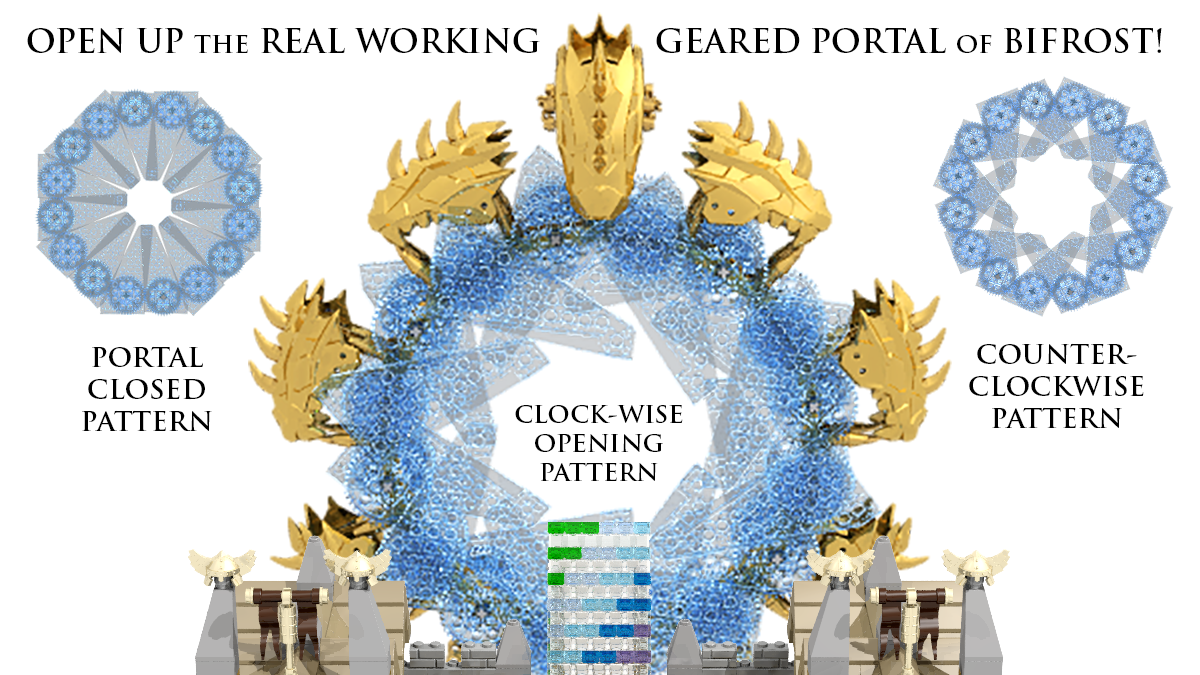 Open the working mechanism of translucent gears... An eye-popping effect as it opens! 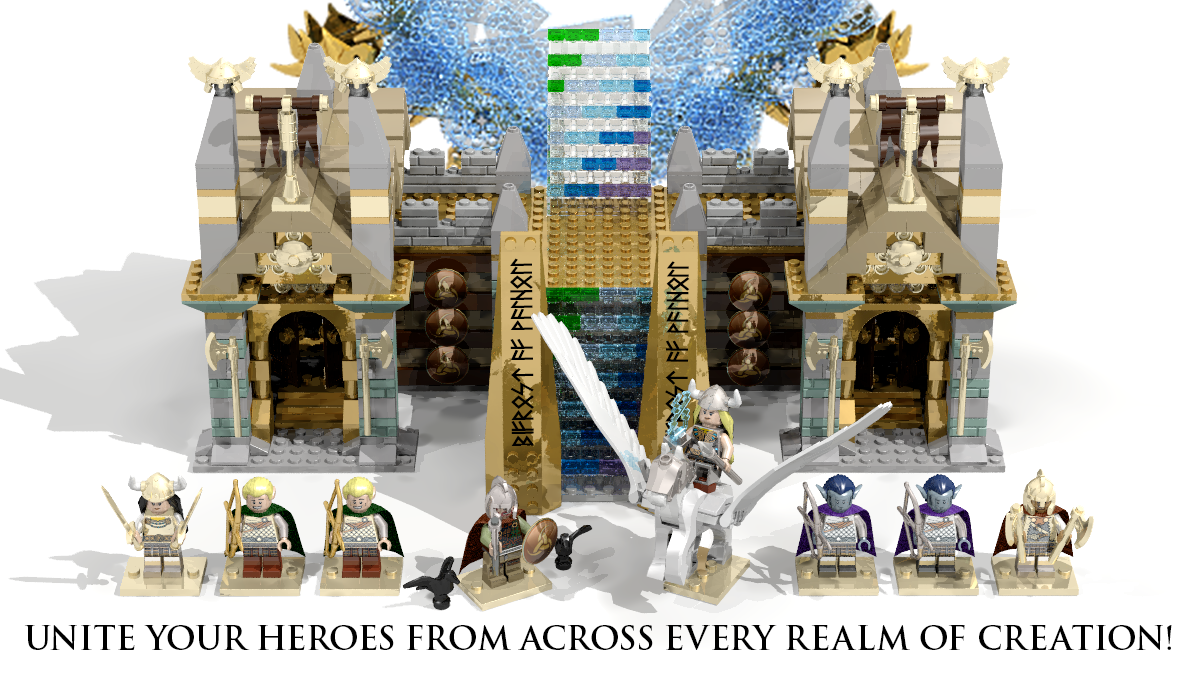 Summon heroes from every imaginable dimension... Now every cross-over is possible! 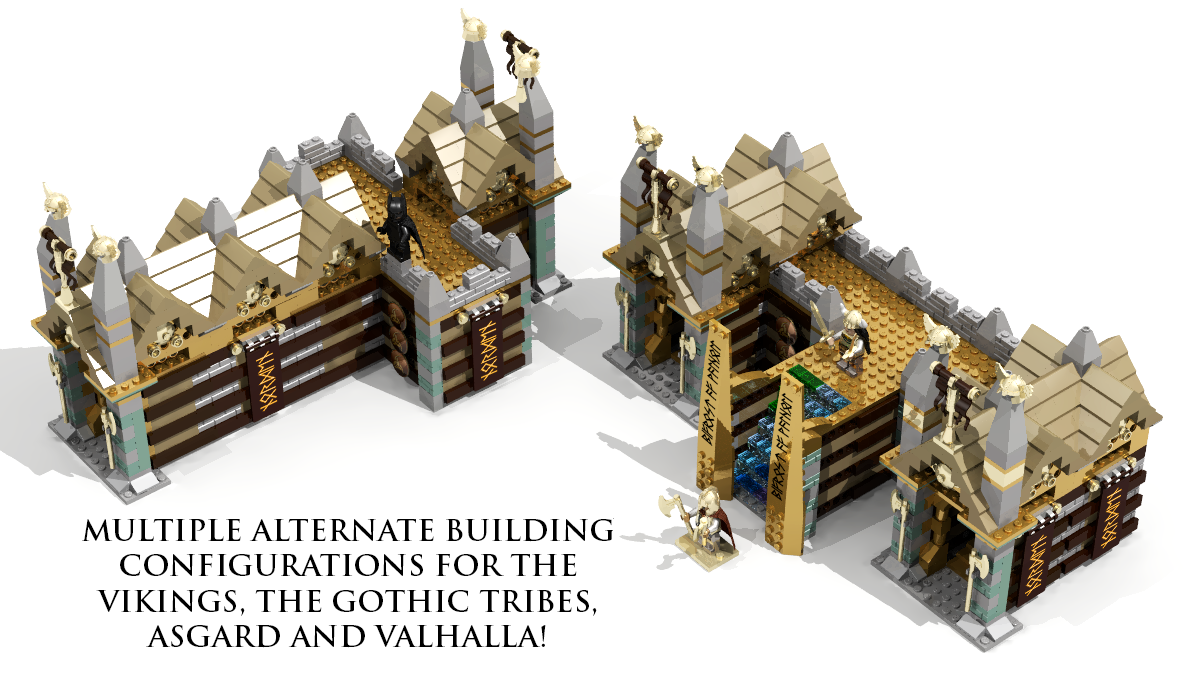 Create architectures not yet seen in a Lego set, including Gothic, Asgardian, & Valhalla! 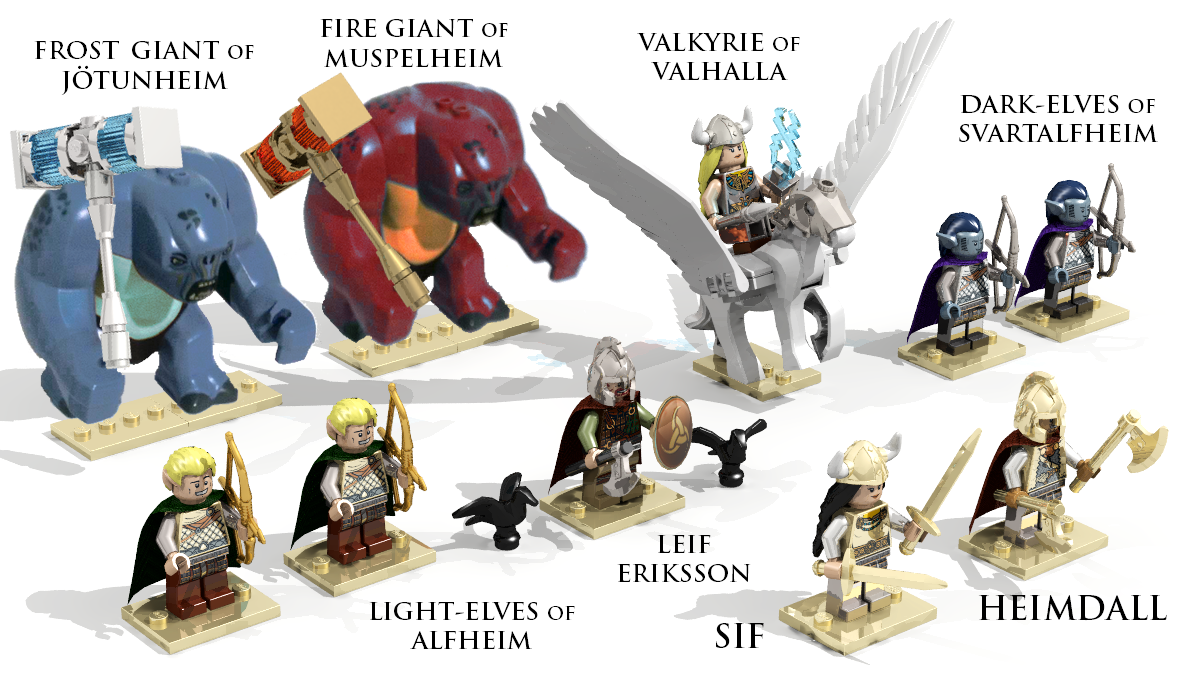 You can bring heroes, giants, beasts, armies, modern vehicles, futuristic spaceships, and even the whole fleet of Jedi Starships through this portal, which opens to greater than 16-studs-wide. The translucent-light-blue wings and gears of the two aperture layers open in unison like the lens of a camera, each turning simultaneously and automatically in opposite directions to create a brilliant eight-pointed-star motif as it opens. Now the heroes of every imaginable realm in the Cosmos can be summoned to help humankind defeat the Titans as a team... Every story, every epic, every team-up of super-heroes, and every Galactic Alliance you have ever imagined in your life is now truly possible!

Once you have met those challenges, you are ready to continue your journey onward to Level 9: The World Builds Anew - The Infinitely Modular Classical Temple Building Set...

This set is significantly bigger than most of the others, and it would be about $180 total, and so it would be available exclusively in the Lego Store and through the Lego site online. Most of the other civ sets are $120-$130, so they can sell them on the shelf in any normal store.

I redesigned the aperture ring a bit so that it can open much wider now, almost all the way out to the teeth of the gears, opening a complete circle that is wider than 16 studs diameter all around.

In terms of complexity, the aperture ring is very similar to the "Jedi Starfighter with Hyperdrive Booster Ring" set from 2007, and the "Portal of Atlantis" set from 2010, which was aimed at ages 8-14.

The Sagas of Norse Mythology are deserving of an entire Lego Theme unto themselves, beyond just the realms of Midgard, and beyond just the existing Viking ships and forts.

There are many fascinating thematic connections between the various mythologies across Ancient Europe. In fact, most ancient people believed that all of the civs of Ancient Europe worshipped the exact same gods, but that they simply appeared in different guises from one civ to the next. There are especially many parallels between the Greek Myth of the Titanomachy and the Viking Saga of Ragnarok!

The Ancient Norse deities named Heimdall and Sif are loosely styled on their counterparts in the Marvel movies, but are not meant to be a direct representation of any copyright.