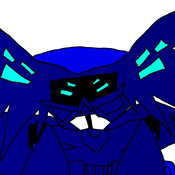 By OmiTheAlien179
21 comments
Spinosaurus is a large meat-eating dinosaur which appeared during the cretaceous period and lived in Ga-Wahi and Le-wahi, Mata Nui Island. The Height of the Spinosaurus is bigger than Tyrannosaurus Rex and Giganotosaurus. Spinosaurus is also a semi-aquatic Dinosaur which is capable of swimming in water and eats fish and other sea creatures. Toa Gali Mata uses her hooks to fight off against the preadators such as the natural enemy is Spinosaurus in which spinosaurus can hunt prey while female Toas of Water can defend her tribe from the predators.