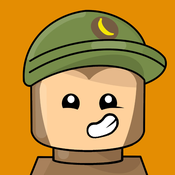 By Monkey Scout
249 comments
Please Support and Share this IDEA if You Want it as a Set! But if You Don't, That's Fine. Only Vote for the IDEAS You want!
Why I built it:
I love the ocean... A lot! I wanted to build something original, something that I would buy or play with. I love the idea of an explorers series of sets. It would be really cool and is something that LEGO should definitely bring back.
About the Set:
This build is a model of the deepest part of the ocean, the Mariana Trench located in the Midnight Zone. The set itself is an underwater research station surrounded by sea life and hydrothermal vents. The station has multiple different parts to it: The lab, a hallway with pipes and a coffee machine, and a rest/eating area/control room. This set, teeming with life, includes 8 Minifigures, 3 fish, an octopus, a lobster, a brittle star, a glow-in-the-dark yeti crab, 6 tubeworms, a shark, a clam, and watch out for that colossal squid!
As you can see in the pictures, I've also included a small submarine. You can use its harpoon launcher to fight off the colossal squid! The design for pretty much everything is fairly simple. Just a lot of SNOT bricks and hinges. Nothing too fancy.
The build process took about two months, mostly because I got distracted from the idea and decided to make Lucas the Spider. This set contains about 1750 LEGO elements and sits on a 48 x 32 base. It also contains multiple custom prints such as the Coelacanth tile, the Coelacanth label, the paleontologist's face, and the tape measure.
Special thanks go to @MonkE05﻿ for rendering and editing the pictures for my set! He did a great job at making this IDEA look great!
Please Support and Share!