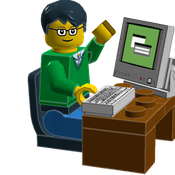 The Large Hadron Collider (LHC) at CERN is the world's largest and most powerful particle accelerator, running for 27km in a circular tunnel beneath the French-Swiss border. It takes protons up to almost the speed of light and smashes them together in head-on collisions inside four enormous detectors named ATLAS, ALICE, CMS and LHCb. The collision debris can contain a whole host of rare and unstable particles that these detectors then record using multiple subsystems, and physicists can use the data gathered to learn more about the fundamental building blocks of our Universe.

ATLAS and CMS are the general-purpose particle detectors where the famous Higgs Boson was discovered. The two detectors are used to study known particles in greater detail than ever before, but also in searches for new particles and phenomena including supersymmetry and extra dimensions. LHCb was specially designed to investigate the subtle differences between matter and antimatter by studying the behaviour of particles containing "beauty" quarks, in an effort to understand why the Universe now contains only matter. Finally, the ALICE detector is used to study an exotic state of matter known as a quark-gluon plasma that existed when the Universe was around a millionth of a second old. By colliding lead nuclei accelerated to almost the speed of light, the LHC can recreate droplets of this primordial state of matter.

This is a stylised model of the LHC, showcasing all four of the detectors at a micro scale size. Each detector model is small enough to fit in the palm of your hand, but crammed with detailed internal systems revealed by cutaway walls - every major detector component is represented by a Lego piece. The models are not strictly in scale with each other, but use the same size base to maximise the detail that can be included and give a more uniform look to the set.

The colour schemes have been chosen to highlight each subsystem, but also to reflect the colours seen on official diagrams and on the real detectors themselves. A central 1x3 black tile on each model's display base could also be printed with the name of the detector, following the style of the Lego Architecture series.

The real LHC uses thousands of powerful superconducting magnets to steer the protons around the ring, accelerate them, and squeeze them together into narrow beams. However, the accelerator is so vast that an accurate model in scale with the detector miniatures is too big to be practical. This set therefore uses four identical models of the LHC's magnets to allow the assembly of a representative accelerator ring, providing a flavour of the LHC while keeping the set at a manageable and affordable size.

The instruction manuals for this set would ideally include some information about CERN, the real detectors and the physics they explore. This set could be a perfect science souvenir for people of all ages, providing a fun building experience together with an introduction to the fascinating and exciting world of particle physics.

I'm a PhD student at the University of Liverpool, currently based at CERN and working on the real ATLAS detector where I study the Higgs Boson. It's my dream to see an official Lego set based around these incredible pieces of engineering - please vote for this model and make a Lego Large Hadron Collider a reality!

Can't wait that long?  Want to build one for yourself right now? Check out this website for complete instruction manuals and part lists: http://build-your-own-particle-detector.org/models/lhc-micro-models