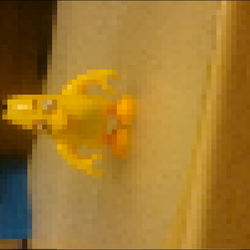 General Grievous battle with Kit Fisto and Nahdar Vebb. This project is from the Star Wars The Clone Wars. I created this project because it was not previously seen in Lego. This project is about when to Clone Wars which were fightning: Kit Fisto and Nahdar Vebb against General Grievous then was wounded. and then had to go to that droid doctor to make back his arms. I think this set is good because it is new never seen bevore. pls suport me then there is more chance that this set arrived in the sets of the Staff.