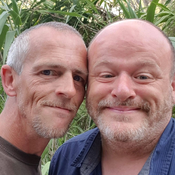 “Good grief, Penfold, shush look at this a Lego Ideas Danger Mouse submission”
Hello there and welcome to our Lego Ideas submission based the iconic 80’s British cartoon Danger Mouse from the legendry creative duo of Mark Hall & Brian Cosgrove formerly known as Cosgrove Hall Films. Danger Mouse aired for six years from 1981 – 1987 before receiving a reboot and makeover in 2015 gaining a whole new generation of followers. The TV show in its original 6-year airing was nominated on no less than 11 occasions at the BAFTA Awards – British Academy of Film & Television Arts.
Danger Mouse and Penfold was at the heart of our teatime after school TV viewing, out-witting their archenemy Baron Silas Greenback and his ever-faithful henchman Stiletto while under instruction from the legendry and stiff upper lipped Colonel’K.
Having aired originally in 1981, the TV show celebrated its 40th anniversary in 2021, so with this in mind and our love for cartoons from our childhood, we decided that we would celebrate and attempt to recreate all the classic characters, vehicles and an iconic location:
This Lego Ideas build contains 1200+ pieces, allowing you to build and as always play some epic Danger Mouse adventure’s or simply have it as a classic display piece. It consists of five mini figures, two vehicles and an office.