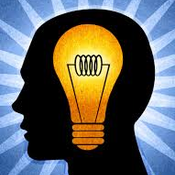 By The_engineer
0 comments
World of Energy uses modular components to represent the various ways we produce energy in today's world. It utilizes a modular tile system, much like the Minecraft or Cafe Corner/Market Street sets. Each "tile" is 32x32 studs, though some of the modules take up more than one tile (such as the Offshore Turbines, 2x2 tiles, or 64x64 studs).

This is a work in progress, but I will add new modules periodically.

5 types of terrain will be encompassed by this set: mountains, flatlands, the shore, a river, & the ocean.

Final size: unknown at the moment

If anyone is willing to help promote this project, please tell me. I am not that good with social media :P

Separate sets or all in one big box? That is still to be determined. 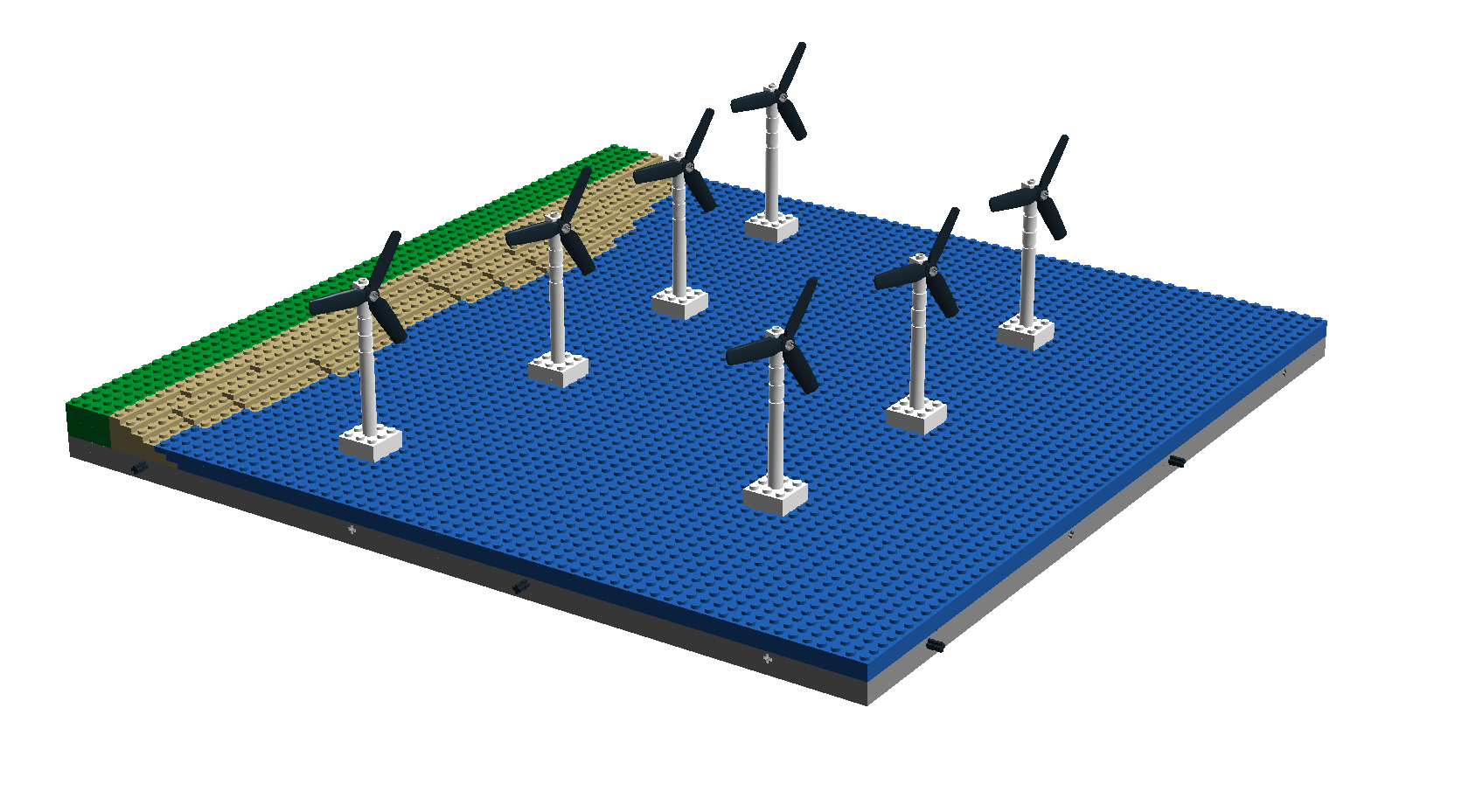 Obviously, this is the Wind Turbines module, each side has 2 sets of connectors, as this module is 2x2 tiles, as explained above. It would be nice if the blades could be white, but LDD didn't have them in that color :(

The base tiles will align with flatlands (back), shore (sides), or ocean (sides & front) terrain tiles

This was the first module I designed, and inspired the structure of the tile system ^_^

This one, the Oil Rig, is still a work in progress, I've yet to add (a) crane(s) and finish the dock area/tanker ship, but the helipad is pretty much done, as is the helicopter (though my design is not the best, I'm hoping the professionals can make a better-looking one :P). Otherwise, the main pipe & tower is there, as is the floating base of the thing. 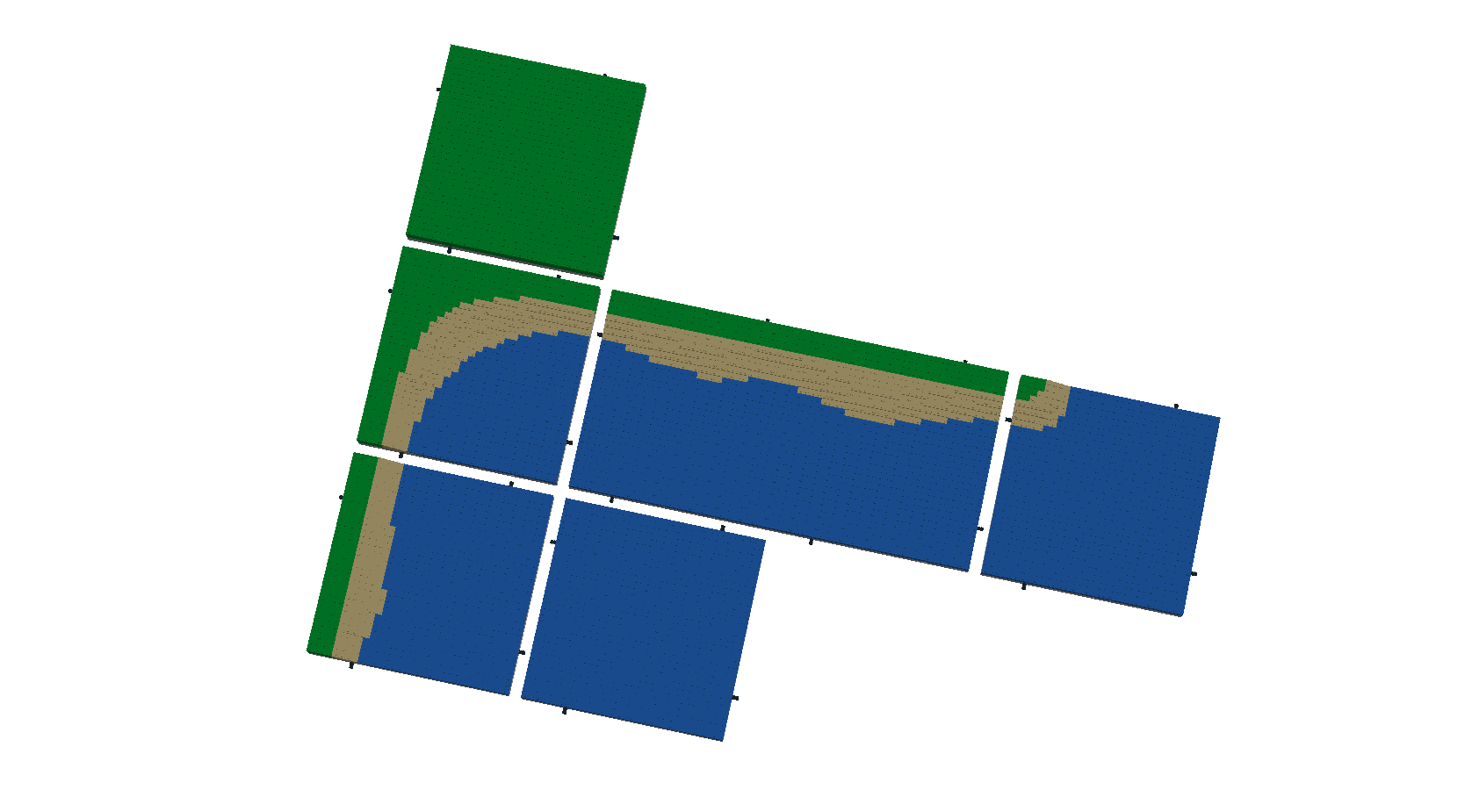 These are the 6 basic terrain tiles I have right now, which can be used to make the world around the main sets. Offshore Turbines is built off of the 2x1 shore tile and 2 ocean tiles. 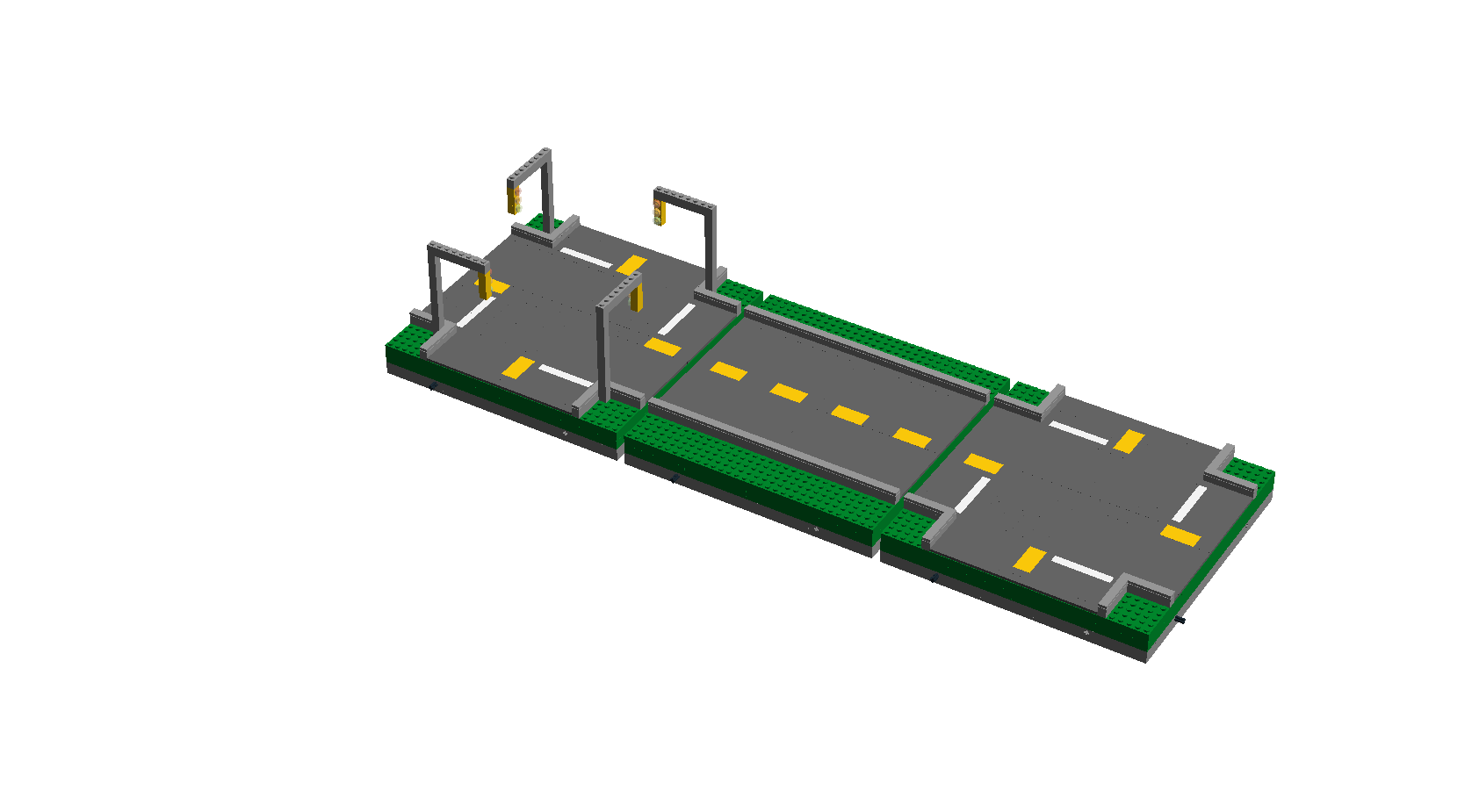 Now introducing Road Tiles! Although the 32x32 stud tiles match up with the road baseplates & LEGO City modular buildings, I had to make my own roads, because, of course, baseplates cannot be placed on top of other bricks :P