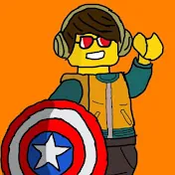 By StopmotionSamurai
51 comments
Defend King Brickson's castle from the evil skeleton warriors in this fun and stunning set. It consists of 1348 pieces and eight minifigures! Explore five different rooms among the two floors of this brick-built fortress, packed with detail and plenty of places to pose minifigures! Rooms include the throne room, the bedroom, the dining room, the armory, and the munitions room.
All rooms include removable walls for display!
Uh oh! The Skeleton Warriors have arrived in their carriage, trying to seize the throne! Arm the cannons and pull back your bow for an epic battle! Only you can decide the fate of the kingdom!