By GlenBricker
4 comments
I really need to clean up this project, sorry it is so outdated relative to my others. Will get to it soon (20130212)

The intent of this project is to create a set that allows the owner to recreate scenes from "Dr.Horrible's Sing Along Blog". The idea is not to build every element but to provide enough to go with perhaps a few modular.

Truly enthusiastic fans could use this set to recreate the musical in stop motion, and who does not want that?!?

The key elements of this would of course be Minifigs, followed by Props, and then Finally "Stage elements". There may be the option for "Sound bricks" as well but that is likely going overboard.

Dr.Horrible A (White Costume) One side of head "angry", other side with eyes shut (he twiches a bit in the early part of the story)

Penny: Green and Pink outfit (form the start of the story)

Penny: White and Blue outfit (from the end of the story)

Captain Hammer (head will have a smirk side and crying side)

Set or "Stage" elements would include the following:

Two washing machines with table on back (to sit on, see below) 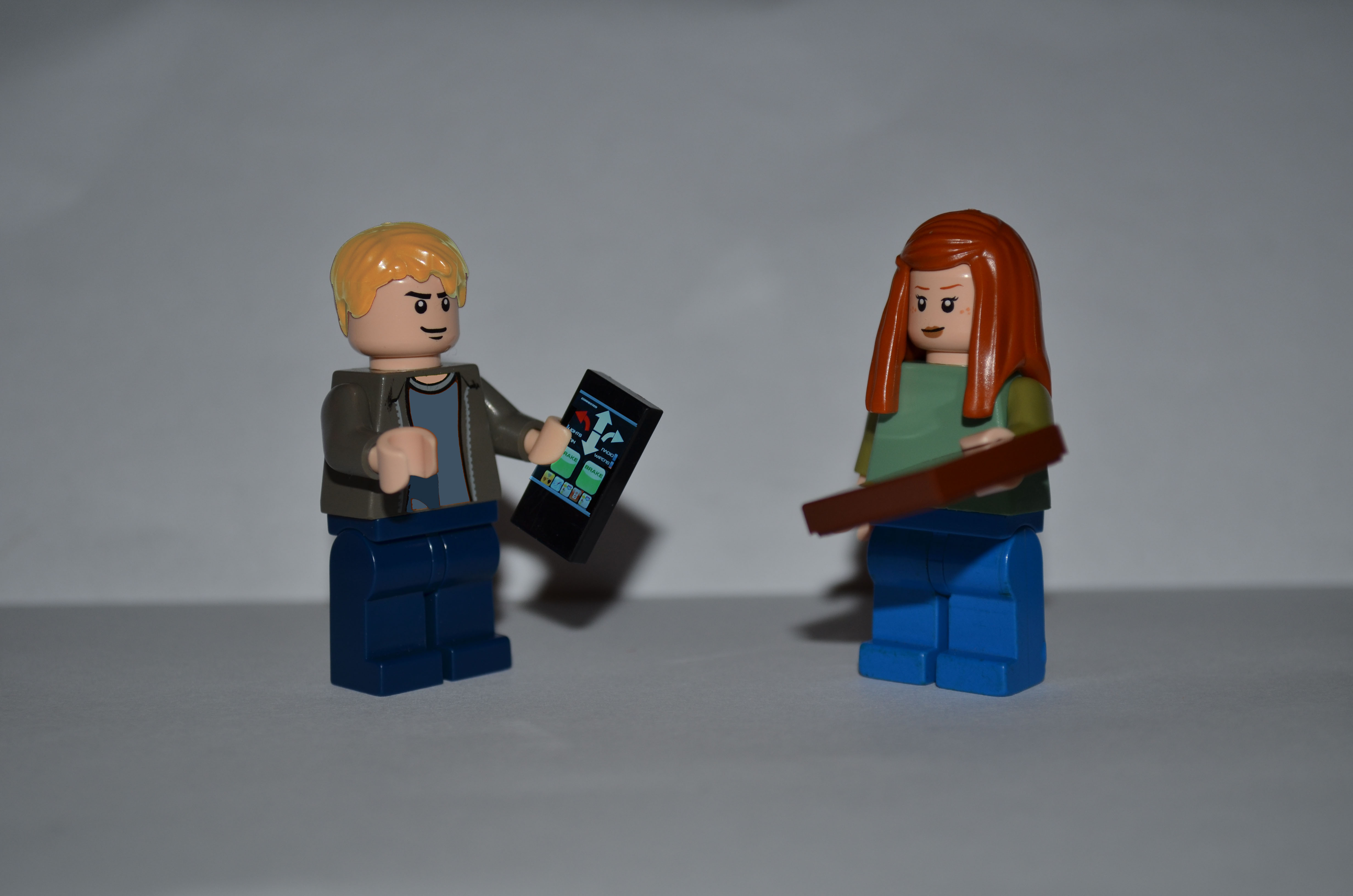 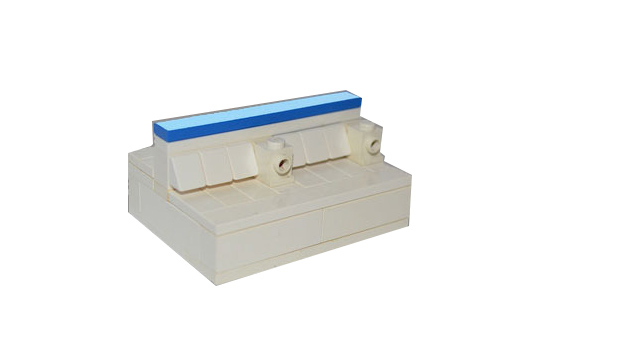 This is the prototype laundromat scene Laundry machine set element. It is two Washing machines side to side with a blue counter top divider.

Penny and Dr. Horrible sit on a counter top that is adjacent to the back of the Washing machines when they start getting real chatty. Yes I know there is a light blue grey block in there. That would be white in the final production. Will add minifigs and such to the pic later (I had to cannibalize the figs for a time sensitive project!!!). 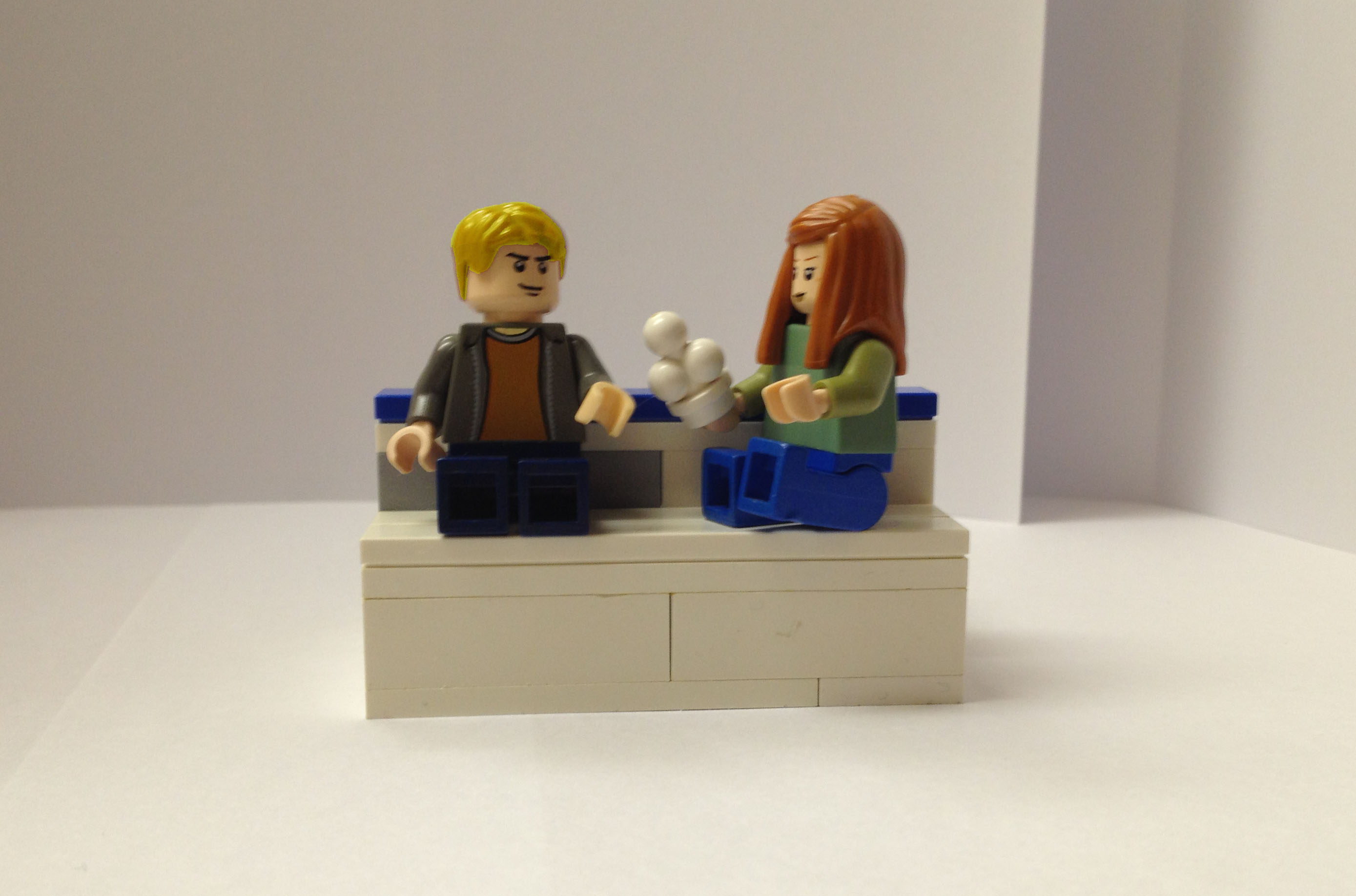 I have considered adding the red Doctor Horrible but that seems a little extreme for the briefness of his appearance.

Lego has electronic bricks that play audio files when a button is pressed. It would be very cool if these could be set up to play lines from the movie when pressed. Each minifig would have one with a set of lines on it. Of course, this would add to the cost of the sets.

I am not sure if the sound bricks are up to the task but it would be really sweet if each fig came with a sound brick with a sample of some of the Dr.Horrible music.