By Jeddy and Daddy
103 comments

Early morning in a mist covered field on the edges of the High Counsellor's estate - South of Middleton. 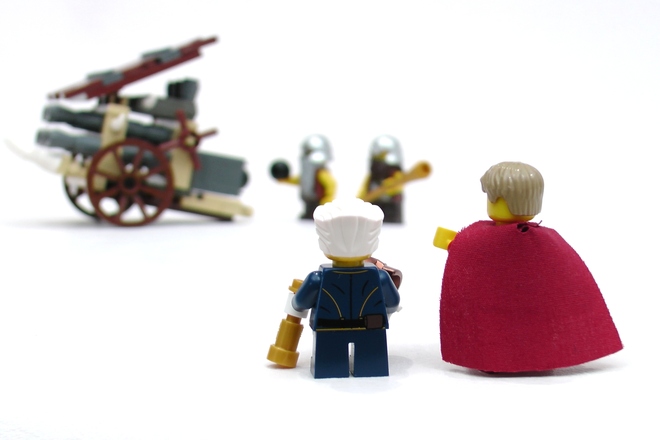 "Noise and smoke?" The dwarf looked somewhere between shocked and upset. "Noise and smoke?! Now I know you're not long in your position but High Counsellor, have you never even heard of the Battle of Blacksmoke pass? Why do you think your merchants have had free passage through the Whitepeake mountains these last 20 years..."

"The military history of your peoples is something that does not concern me in the slightest... What does concern me however is the horde of greenskin amassing across our eastern borders... Can this contraption help or not?" 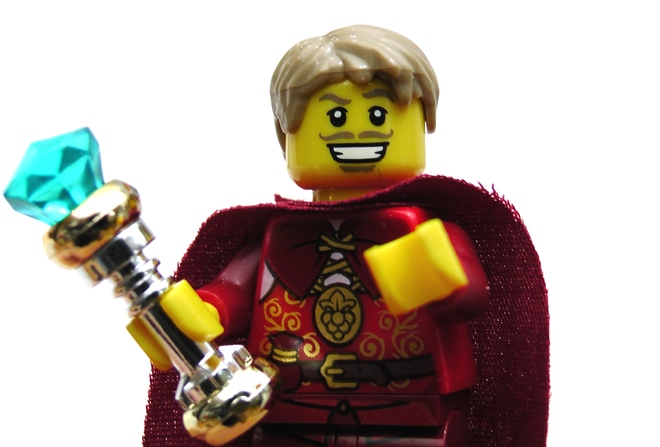 "Hahaha!" The dwarf's furrowed face broke into a beaming smile as he gave a long deep belly laugh. "You'll soon see." He turns to the two dwarves swarming around the mass of pipes and levers.

"Are we ready yet boys?" 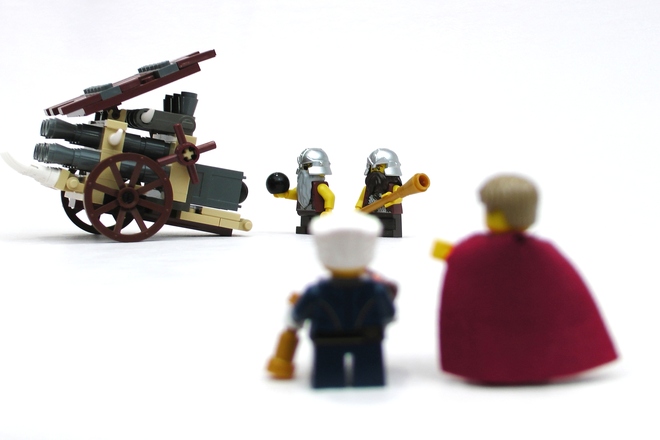 <Yes chief! Very nearly chief! Just dampening the outlets as requested chief! Then just awaiting your command chief!> they call out as they carry out their work.

"Let her rip boys as soon as you're ready"

"Erm you may want to take a step back..." the dwarf says as he turns back to the High Counsellor. 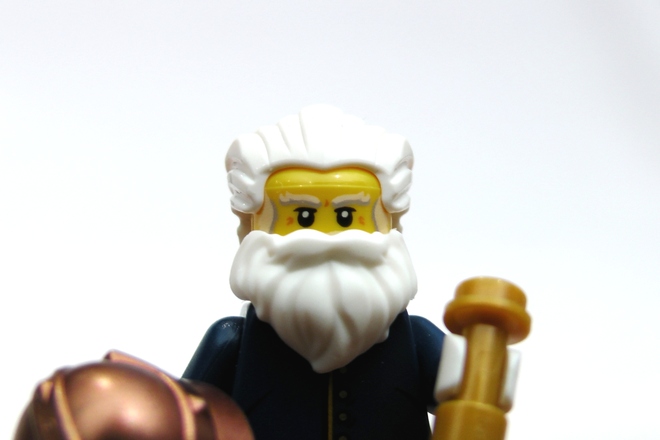 Through the acrid smoke the High Counsellor could just make out the dwarf mouthing some words down at him... But he couldn't hear the dwarf... In fact he couldn't hear anything... Other than a high pitched whistle... And then he realised that he was on the floor... And the dwarf was like a giant beaming down at him... Obviously pleased with himself... And his metallic monster!> 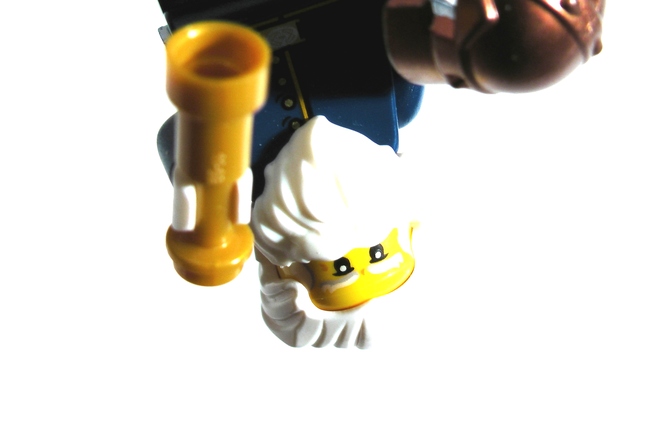 "I said are you okay down there High Counsellor?" the dwarf asked.

"Mother of the Ancients... but that was LOUD!" exclaimed the High Counsellor as he is helped by the dwarf to his feet. 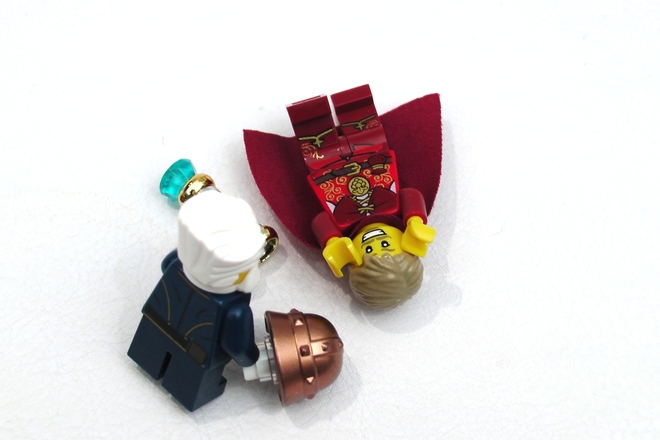 "Hahaha!" Another belly laugh from the dwarf before continuing. "You humans... Big legs and even bigger ears... We tried to made her quieter for your delicate ears... Obviously not quiet enough... It looks like she's attracted the attention of your friends..." 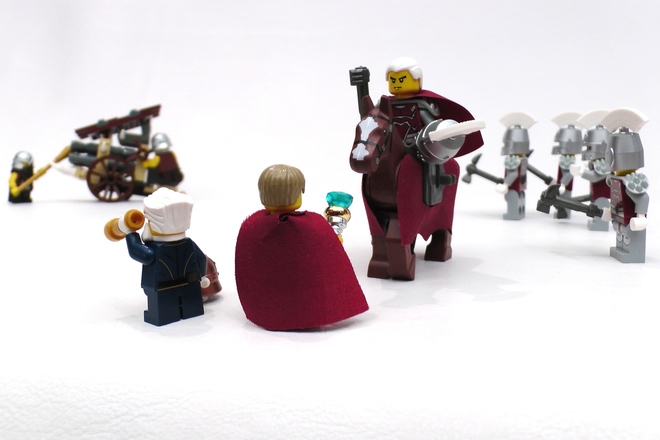 The High Counsellor turns to reassure the detachment of council guards appearing to investigate the noise, before turning back to the dwarf.

"Well well Master Dwarf... It seems like you have excelled yourself... This masterpiece will certainly scare those foul smelling orcs and goblins back to the badlands!"

"Aye - that it will... That it will...  And it will make minced meat out of those little nasties... Minced Orc... Minced Porc!" Another hearty laugh... Although the dwarf's face turns from happiness to concern as he sees the look on the human's face.

"You look puzzled High Counsellor... Are your ears still ringing... It wears off after a while."

"No no Master Dwarf... I was just wondering how quickly we could commission some more of these...erm...Multi-cannons?"

"She's called an Organ Gun... And rest assured... We took the liberty of building four more in addition to the four you originally ordered... Everyone always wants twice the amount they originally ordered once they've finally seen the first in action! We will leave her with you now," he says pointing at the still smoking field weapon, "and as long as you can can send us off with our gold by midday... We should have seven more back here on this field by this coming full moon." 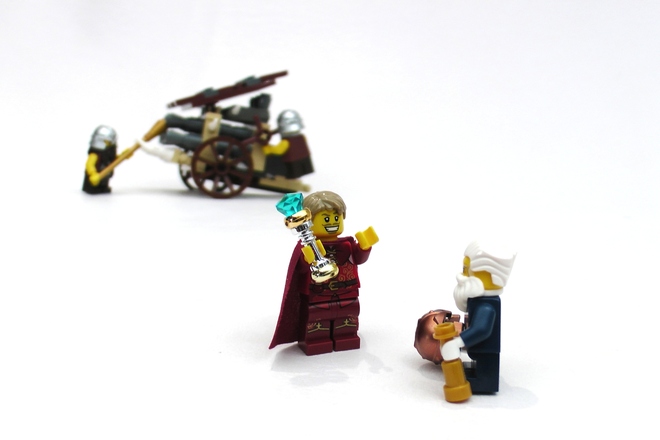 For the first time the High Counsellor's furrowed brow lightens to a smile, almost as broad as the dwarf's.

"Master Dwarf you really have excelled yourself. Our territory owes you a debt of thanks... As do I... So... Whilst your gun crew clean themselves up could i trouble you to join me for a spot of breakfast before you head for home? I'd love to know more about this Battle of Blacksmoke pass"

DESIGN NOTES : Say hello to my very first ever build! :D Inspired by an idea of making siege weapons and other field pieces for Lego Minifigure armies I started with a dwarf weapon as in my mind they would be the most obvious maker of these weapons. However as I already had my Wood Elf Army completed and my Greenskin forces on the go, I continued with other builds (that are found here : Jeddyanddaddy)

This is a 10 shot, rear loading, organ gun. An anti personnel weapon which is both frightening and effective in equal measure! It has a series of protective spikes at the front of it (useful when the Organ Gun runs out of cannon shot and can be rolled down a hill at the enemy) and a wooden and iron pavise shield on the top of it - similar to those found on the Troll War Machines.

Now why would dwarf designs be found on greenskin weapons? That is a question for another time...

PIECE COUNT : 169 (but not including minifigures or their accessories/weapons)

By Jeddy and Daddy
103 comments